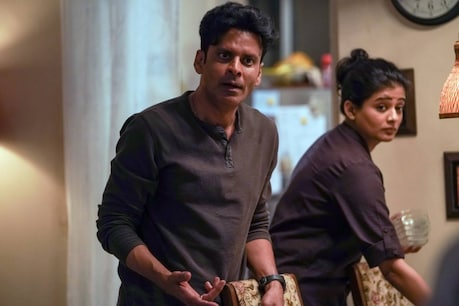 Season 2 of The Family Man has also left the mystery of ‘Lonavala Mein Kya Hua Tha’ unsolved. This mystery left in season 1 was constantly in discussion among the audience, but now the makers have left this mystery unsolved in season 2 as well.

Mumbai: The second season of Manoj Bajpayee and Samantha Akkineni starrer ‘The Family Man 2’ has been released. The series has been streamed on Amazon Prime on June 4 and now this series is in discussion everywhere. This series is getting a lot of love from the audience. At the same time, the series was also in a lot of discussion due to controversies. There is a question in the midst of all this, which has been in the minds of people since season 1, but the audience has not been able to get an answer to this question even in season 2. The question is ‘What happened in Lonavala?’ This is a question that can be answered by Shrikant Tiwari’s wife Suchitra or his friend Arvind.

In The Family Man Season 2, Manoj Bajpayee i.e. Shrikant Tiwari is seen most of the time trying to understand what is it that is affecting Suchitra. Because she is constantly getting away from herself. Most of the viewers speculate that Suchitra along with her co-worker Arvind is upset with Srikanth for cheating. But, now Manoj Tiwari himself has reacted to this.

In a conversation with Peeping Moon, Manoj Bajpayee has responded to this question. Responding to ‘what happened in Lonavala’, the actor said- ‘Even Srikkanth himself does not know what happened in Lonavala. He also has no hint of any kind on this. You have seen a lot and you know a lot. You know that Srikkanth was not there. Srikkanth understands only one thing and that is that his wife is not happy in this marriage.

Manoj Bajpayee further says- ‘Srikanth wants to know Suchitra’s point of view. He tries to keep the family together. Whenever she talks about this, he himself gets very scared and upset. The directors and makers have decided to put themselves in Suchitra’s place and wait for the right time to answer this question. I myself want to know what happened there.