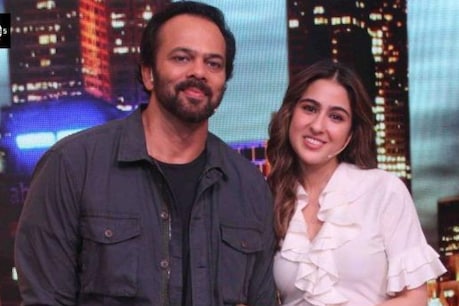 Old videos of ‘The Kapil Sharma Show’ often go viral, featuring Rohit Shetty, Sara Ali Khan and Ranveer Singh for the promotions of ‘Simmba’. Had arrived and here he was narrating the story of Sara’s ‘struggle’.

Mumbai. After the death of Bollywood actor Sushant Singh Rajput, the issue of nepotism in the cinema industry arose such that people again started targeting star kids. Since then, many celebrity trolls including Sonakshi Sinha, Arjun Kapoor, Alia Bhatt, Ananya Panday and Karan Johar have been the target of trolls. An old video of Sara Ali Khan and Rohit Shetty is becoming increasingly viral, in which the story of Rohit Sara’s ‘struggle’ was heard in ‘The Kapil Sharma Show’. are.

In the video, Rohit Shetty is seen talking about the nature and simplicity of Sara Ali Khan, explaining why he cast Sara Ali Khan in ‘Simmba’.

In the video, Rohit is seen saying- ‘Rohit Shetty, while answering a question asked about Sara by comedian Kapil Sharma in the video, says- ‘Abhi she has become a star, so I can speak, sir please give me work. He said with folded hands. Saif Ali Khan’s daughter. Amrita Singh and Saif Ali Khan’s daughter, walking alone to the office and saying in front of a director that please give me work, made me cry. I said you do the film.’

However, after this video went viral, people trolled Sara a lot. It was also said that better than giving such clarification that talent should be brought forward.