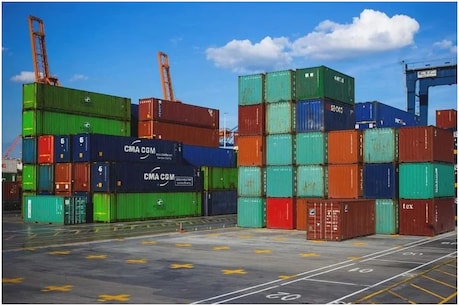 Exim Bank said that non-oil exports may grow 68.5 per cent to $ 78.26 billion in the April-June quarter of the current financial year.

Mumbai. The Export-Import Bank of India (Exim Bank) said on Sunday that the country’s total merchandise exports may increase by 70.1 percent to $ 87.2 billion in the first quarter of the financial year 2021-22. In the same period last year, exports were $51.3 billion.

Exim Bank said that non-oil exports may grow 68.5 per cent to $ 78.26 billion in the April-June quarter of the current financial year. It was $ 46.4 billion in the same period of the financial year 2020-21. According to Exim Bank’s quarterly forecast, the sharp growth in India’s exports is due to the effect of comparative basis. Rising oil prices and strong growth in advanced economies have also boosted India’s exports.

According to the bank, the second wave of the Kovid-19 epidemic in the country during April-May 2021 may reduce exports to some extent during the quarter. However, shipments out of India are expected to be less affected.

Also read- Modi government’s big gift for the employed! So much money will come in your PF account in July, know detailsExports grew 52.39 percent to $ 7.71 billion in the first week of June

India’s exports grew 52.39 per cent to $7.71 billion in the first week of June, driven by good demand in various sectors, including gems and jewellery, engineering and petroleum products, according to preliminary data from the commerce ministry. Imports also grew by about 83 per cent to $9.1 billion during June 1-7.