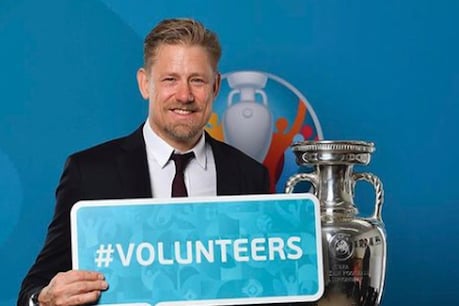 Peter Schmichael called UEFA’s decision to call off the match between Denmark and Finland absurd. (Instagram)

Kristian Eriksson fell on the ground in the match between Denmark and Finland in the Euro Cup-2021. The match was suspended due to medical emergency. After a while the match was resumed. The decision was criticized by former Denmark goalkeeper Peter Schmichael.

Copenhagen. Former Denmark goalkeeper Peter Schmeichel has criticized the decision to restart the European Championship match after Kristian Eriksson fainted on the field on Saturday. Schmichael called the decision of UEFA (European football’s governing body) to call off the match between Denmark and Finland an “absurd decision”.

In the final moments of the first half, Ericsson collapsed on the ground and had to be hospitalized for immediate treatment after a medical emergency. Due to this the match was halted for about 90 minutes. UEFA gave Denmark the option to play the remainder of the match on Sunday but the team decided to call it off on Saturday.

Also read: Stupid comparison to legend like Messi, I am his big fan: Sunil Chhetri

Schmichael told BBC Radio Fine Live that UEFA should have “shown a different perspective and shown some sympathy” in the matter. Peter Schmichael’s son Kasper Schmichael is the goalkeeper in the current Denmark team and he was playing this match. Ericsson was given CPR on the field itself. The match was restarted again at 12 o’clock Indian time. When Ericsson fell on the ground, the teammates were seen crying.