England started with a win in the Euro 2020 football tournament after beating Croatia 1-0 in Group D. There. Austria also defeated North Macedonia to register their first victory at the European Championships. Netherlands won 3-2 in the late night match between Netherlands and Ukraine.

London. Raheem Sterling scored in the second half as England started the Euro 2020 football tournament with a 1-0 win over Croatia in Group D here on Sunday. There. Austria also defeated North Macedonia to register their first victory at the European Championships. Netherlands won 3-2 in the late night match between Netherlands and Ukraine. England’s team has managed to start this continental football competition in Europe with a win for the first time in 10 attempts. Sterling scored the only goal of the match in the 57th minute. Sterling hit a penultimate shot on a throwball from tournament debutant Kevin Phillips at Wembley Stadium, which went into the goal, touching the hand of Croatian goalkeeper Dominic Livakovic. With this victory, England also avenged the loss against Croatia in the semi-finals of the 2018 World Cup.

Sterling spent most of his teenage years near this stadium in north London. Wembley Stadium is to host eight matches including the final and semi-finals of Euro 2020. This is Manchester City striker Sterling’s first goal for the national team in a major tournament. Earlier, he had failed to score in the World Cup in 2014 and 2018 and the European Championship in 2016.

Austria’s first win at the European ChampionshipsAustria registered their first victory in the history of the European Football Championship, beating North Macedonia 3–1 with a last-minute goal from substitute players. In this Group C match, Michael Gregoritsch and Marko Arnotovich came off as substitutes and scored in the last minute. Austrian coach Franco Foda said, “Congratulations to all the players. He made history today. Substitute players are always important. This is Austria’s first win in a major tournament in 31 years. This is his first win at the European Championships. Gregoritsch scored on captain David Alaba’s cross in the 78th minute, while Arnotovich scored a minute before the end of the match. Both these players had stepped on the field in the 59th minute when the score was tied at 1-1.

Denzel Dumfries scored the first goal in international football as the Netherlands beat Ukraine 3-2 in a thrilling European Championship match. After missing two chances in the first half, Dumfries helped to score two goals in the second half and then scored the winning goal in the 85th minute. Dumfries said, “I believed that the opportunity would come and then you would have to be in the right place. It was not my best match but it was the most beautiful match. 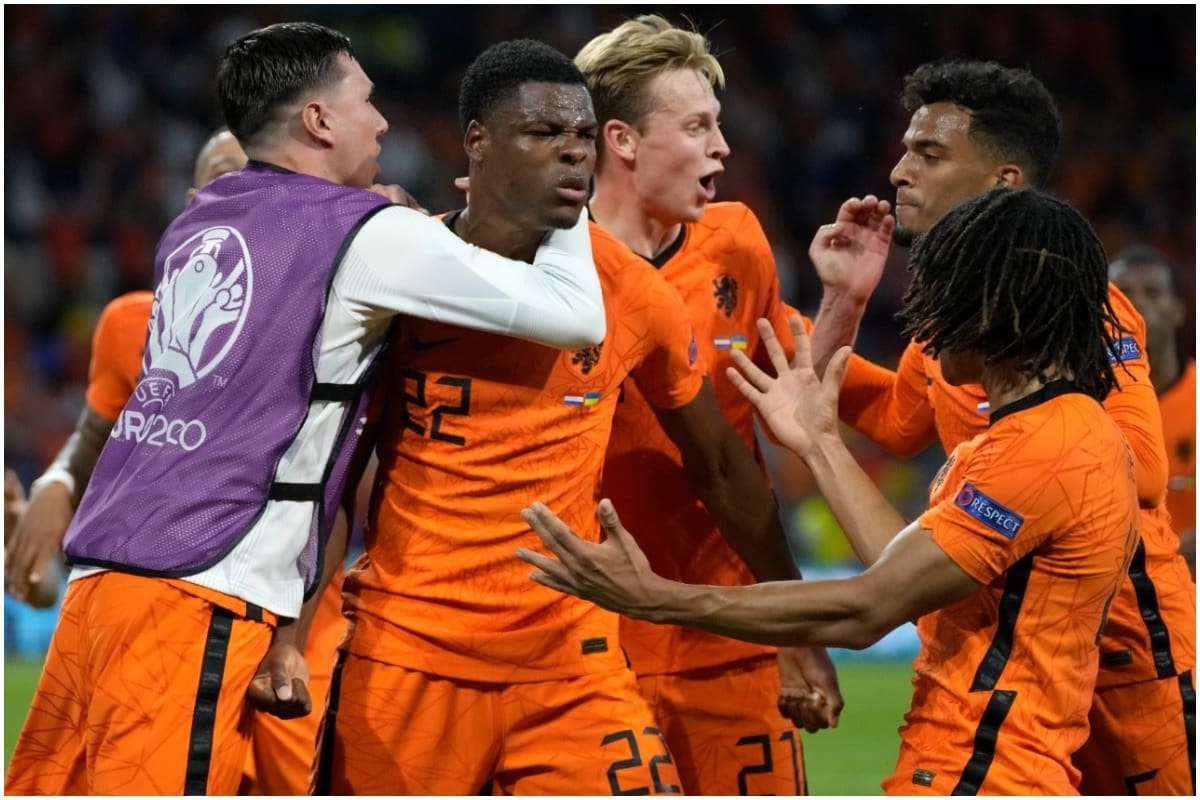 Netherlands stand-in captain Giorginio Wijnaldum gave the team the lead in the 52nd minute, the first of five goals in the second half. Vout Weghurst made the score 2-0 in the 59th minute. But after this, the Netherlands had to bear the brunt of two mistakes in the defense within five minutes. Ukraine’s captain Andre Yarmolenko scored the first goal for Ukraine in the 75th minute, while Roman Yaremchuk scored the equalizer five minutes later.