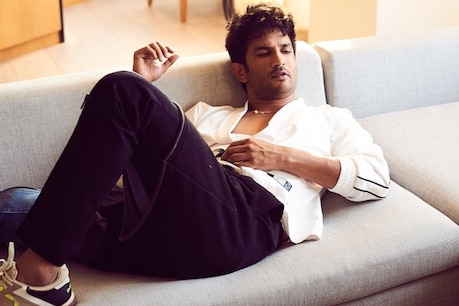 Since the last one year, ever since Sushant Singh Rajput said goodbye to this world, his fans constantly remember him by sharing his old pictures and videos on social media.

New Delhi. late actor Sushant Singh Rajput Last year, on this day i.e. June 14, 2020, committed suicide by hanging himself in his Mumbai flat. The news of Sushant’s death had broken his fans, because he was just 34 years old and was going on making a good identity in Bollywood on the basis of his hard work. Even today, the fans of Sushant cannot believe that he is no longer with us.

For the last one year, ever since Sushant said goodbye to this world, his fans keep remembering him by sharing his old pictures and videos on social media. Not only this, when Sushant died, the number of his Instagram followers was around 9 million at that time, but even after his death, the number of his followers is increasing continuously.

If we talk about now, then at this time the number of Instagram followers of Sushant is more than 13 million. This clearly shows that how much love was and should be in people towards Sushant, because on Instagram, Sushant was always connected with his fans and not only this, he also used to answer the questions of his fans. There is no doubt that Sushant was the heartbeat of the youth, he was well recognized among the youth.