Sara Ali Khan made her Bollywood debut in the year 2018 with the film ‘Kedarnath’ with the late actor Sushant Singh Rajput.

New Delhi. bollywood actress Sara Ali Khan She made her Bollywood debut in the year 2018 with the film ‘Kedarnath’ opposite the late actor Sushant Singh Rajput. The acting of both of them in this film was also well liked. Let us tell you, on June 14 last year, Sushant Singh Rajput committed suicide by hanging himself in his house in Mumbai. At the same time, on the first death anniversary of Sushant, Sara has written an emotional post on her Instagram account.

Sara wrote in her post, ‘Whenever I needed help, advice or laughter, you were always there. You introduced me to the world of acting, convinced me that dreams can come true, and gave me all that I have today. Still can’t believe you are gone, but every time I look at the stars, the rising sun or the moon, I know you are here. From Kedarnath to Andromeda. 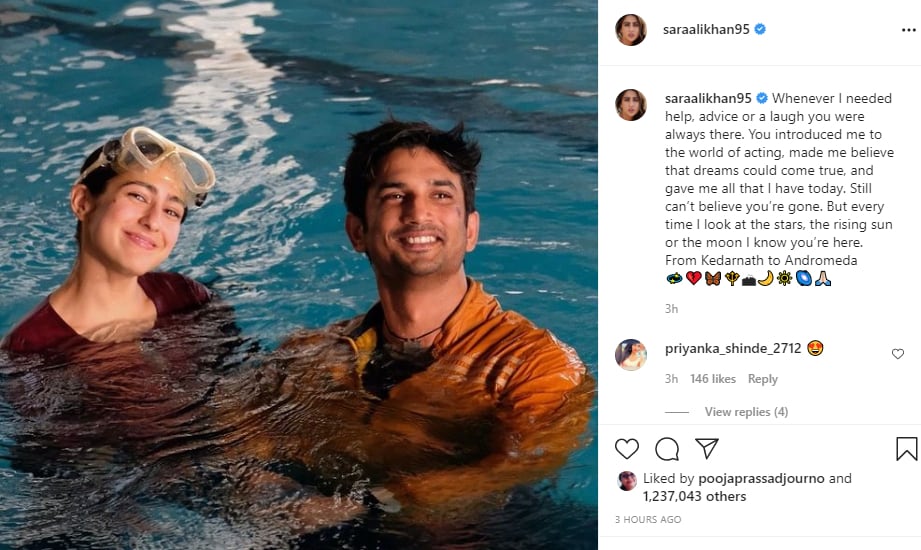 According to media reports, both Sushant Singh Rajput and Sara Ali Khan came close during the film ‘Kedarnath’. Both started dating each other. Both also liked each other’s company, but then suddenly both of them separated. Although they never made their relationship official, but the stories of their dating were in the B-town news.