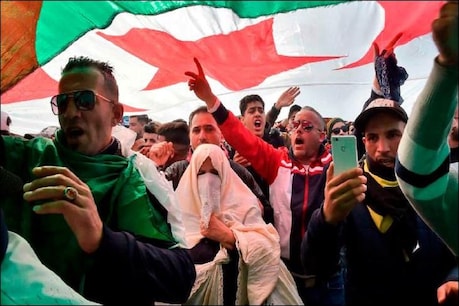 The head of Algeria’s election authority said on Saturday that voting for the parliamentary election was disappointing, with less than a third of the 2.4 million eligible voters taking part.

Algiers. A moderate Islamist party has claimed victory in Algeria’s parliamentary election, although the results are not expected until the next few days. Less than 24 hours after elections in the North African country ended, Abderzak Makri, the head of the Movement for a Peaceful Society, said on Sunday that “the party is moving towards a majority in many regions and beyond.” condemned the allegations of fraudulent attempt to “change the outcome”.

However, the party did not say on what basis it is claiming victory. The head of Algeria’s election authority said on Saturday that voting for the parliamentary election was disappointing, with less than a third of the 2.4 million eligible voters taking part. The low voter turnout reflects his disinterest in the electoral system, prolonged protests in the Berber region, and boycotts of the election by a pro-democracy campaign that forced the country’s longtime president Abdelaziz Bouteflika to resign in 2019. .

Also read: Firing in Austin, USA, one of 14 injured killed

Election results may take 4 days to comeMohamed Charfi, head of the National Independent Authority for Elections, said it could take up to four days for the results to be declared officially. The new system paved the way for over 1,000 independent candidates to contest the elections. President Abdelmadjid Tebune has created new electoral rules in which honest youth and women are represented as part of his campaign to build a ‘new Algeria’.