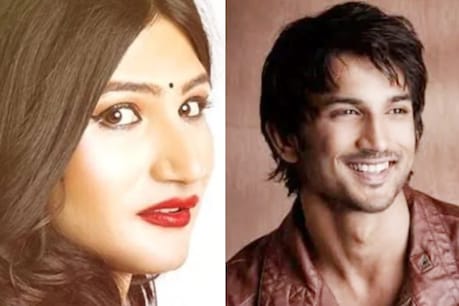 Mahika Sharma recalled her friend Sushant Singh Rajput and told how he used to tease her and also used to make her laugh at jokes.

New Delhi. Actress Mahika Sharma with her friend Sushant Singh Rajput Recalling how the late actor used to tease him and even make him laugh at jokes. He said, ‘I have never found anyone in my life who can take his place and become such a good friend. I miss his smile and our words. He used to encourage me to work hard to get success. He also used to tease me and make me laugh at jokes. I remember those beautiful moments.

Mahika, who has appeared in Bollywood films like ‘Mr. Joe B Carvalho’ and ‘Chalo Dilli’, is upset about how the world is using Sushant’s death for its own benefit. He said, ‘We live in a world where humanity does not exist at all. It is strange how people are using the death of my friends for their own purposes. I am sorry that they have not got justice yet.

Mahika urges people to be brave and fight their battles instead of committing suicide. She says, ‘I think people should avoid taking steps like suicide. We need to understand that no one cries over your loss for more than 1 or 2 months. People will usually forget things, but your parents will be left behind only to cry. So please don’t let your parents suffer. Fight your battle and be brave.