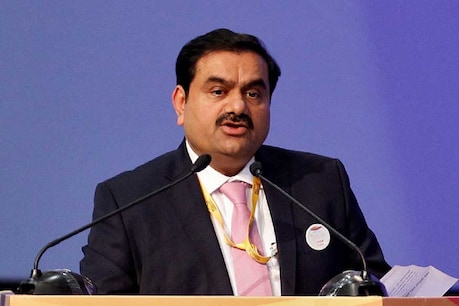 Shares of group companies fell sharply on Monday after reports of NSDL freezing the accounts of three FPIs investing in Adani Group companies.

New Delhi. National Securities Depository Limited i.e. NSDL on Monday clarified that there is no restriction on the accounts of three FPIs – Albula Investment Fund, Cresta Fund and APMS Investment Fund investing in Adani Group companies. . The news agency Reuters has given this information by quoting sources.

Earlier on Monday morning, it was reported that the accounts of these three FPIs, who have invested more than Rs 43,500 crore in four companies of Adani Group led by NSDL, Asia’s second largest rich and veteran industrialist Gautam Adani, have been frozen. After this news, the shares of Adani Group companies fell by 20% in early trade on Monday.

Loss of 73 thousand crore rupees in one hour

Due to this decline, the wealth of Adani Group Chairman Gautam Adani came down by Rs 73,000 crore, or $ 10 billion, to $ 67 billion in an hour on Monday. With this fall, Gautam Adani can snatch the crown of the second richest person in Asia.Also read- Wholesale inflation reaches record level, prices of vegetables and pulses rise, know how was the situation in May

Let us tell you that the Adani Group has completely denied the reports of NSDL freezing the accounts of three FPIs. Adani Ports and Special Economic Zone said that the news of account blocking of all three FPIs is completely wrong. The company said that this news has been spread deliberately to mislead the investors and due to this false news the company has suffered huge financial loss along with the investors.