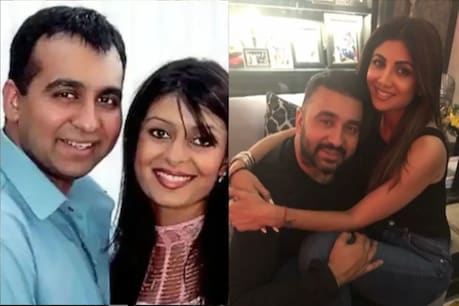 Raj Kundra has clarified that Shilpa Shetty was not the reason for his and Kavita’s divorce. (Photo Credits: Instagram: @theshilpashetty)

Raj Kundra has spoken openly on this for the first time after 15 years of his divorce. He has claimed in an interview that he did not divorce Kavita because of Shilpa Shetty. Rather, the two separated because Kavita had a relationship with her sister’s husband, that is, her brother-in-law.

Mumbai: Raj Kundra, husband of famous businessman and Bollywood actress Shilpa Shetty, has recently made many shocking revelations about his first wife. Raj Kundra was quite upset after seeing the throwback stories that went viral on Shilpa Shetty’s birthday, after which he decided to clarify his reason for his divorce from first wife Kavita Kundra after years. Raj Kundra has spoken openly on this for the first time after 15 years of his divorce. He has claimed in an interview that he did not divorce Kavita because of Shilpa Shetty’s husband. Rather, the two separated because Kavita had a relationship with her sister’s husband, that is, her brother-in-law.

Raj Kundra recently made many revelations about his ex-wife in a conversation with Pinkvilla. In this interview, he said – ‘I, my parents and sister used to live in the same house. My brother-in-law also lived with us. He had come to the UK from India to establish his work. I used to go out often for work. During this time she (Kavita) had come very close to my brother-in-law, both of them used to spend most of their time together. My family members used to find this strange. Even my driver felt that there was something between the two. But, I never doubted him.

‘My brother-in-law Vansh and my wife both used to go out together. They used to sit in the same room for hours. When my sister talked to me about it, I thought she must have got suspicious. Both my sister and brother-in-law Vansh returned to India after some time as it was becoming uncomfortable for them to live in the same house with everyone here. My ex-wife and ex-brother-in-law had to stay together for hours to everyone in the house. After both of them left, I came to know that Kavita is pregnant.

Raj Kundra further says- ‘After delivery she started behaving strangely. Goes to the bathroom and doesn’t come out for hours. We thought it would happen because of the delivery. But, one day my sister called me crying and said that she had got another phone from Vansh, on which calls come from London number. I took the number and got his tower checked. So the nearest tower of the number was found near my house. My senses were blown away. I went to the bathroom and checked and found another mobile from Kavita’s clothes, from which messages were sent. According to Raj Kundra, the betrayal he received from his first wife shook him badly. He says that he can never forget that era. This incident shook him badly. His life had become very disturbed. Raj Kundra has given this statement when an interview of his ex-wife Kavita is going viral. In which he has told the reason for his divorce to Shilpa Shetty.