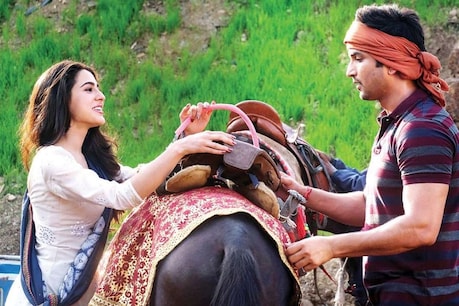 Today is the first death anniversary of Sushant Singh Rajput. It has been a year for him to go through the world, but his fans still remember him very much.

Mumbai: It has been a full year since Bollywood actor Sushant Singh Rajput was called out of the world today. Sushant is lost somewhere in the distant stars, but his family, fans and friends are still remembering him. Sushant’s case is implicated in drugs angle. The investigation of the matter is going on. But after his death last year, all those secrets were revealed, which hardly anyone would have known before. Sabir Ahmed, who was Sushant’s personal assistant, made a shocking disclosure about the actor and Sara Ali Khan. After this, Sushant’s friend Smita Parikh also confirmed the relationship between the two.

During the film ‘Kedarnath’, both Sushant Singh Rajput and Sara Ali Khan came close. Both started dating each other. Both of them also liked each other’s company, but then suddenly both of them separated. Although they never made their relationship official, but their dating stories were in the B-town news.

Sushant Singh Rajput’s family friend also told about the actor’s relationship with Sara Ali Khan, actor’s friend Smita Parikh told in an interview to Ujjwal Trivedi that Sushant became very sad after the breakup with Sara Ali Khan. Sushant was badly broken by this breakup and cried for hours. Sushant cried and asked Smita that ‘why does this happen to her after all?’

According to Smita, Riya Chakraborty was entered in Sushant’s life after the breakup with Sara Ali Khan. Riya had quickly made a place in his life, which he did not like. According to Smita, even during the promotion of Kedarnath, Sushant was happy. Let us tell you that not only Sabir Ahmed or Smita Parikh, other people associated with Sushant have also revealed that Sushant and Sara were very fond of each other and There was a very good bond between the two. Both used to respect each other very much and also paid attention to the people related to each other. The actor’s friend Samuel had also disclosed about the relationship between the two.