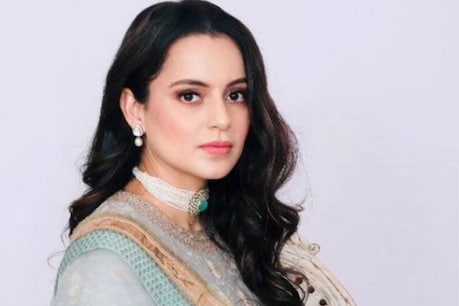 Mumbai: Kangana Ranaut, the ‘Panga Queen’ of Bollywood, is often in the news for one reason or the other. Sometimes due to her controversial statement, sometimes due to the controversy of films, Kangana remains in the headlines. From his films to his personal life, there have also been controversies. Recently, the actress reached Mumbai from Himachal Pradesh, where she visited her office demolished by BMC. Now Kangana Ranaut is in discussion for another reason. This time the reason for his being in the discussion has become his passport. Actually, the actress has moved the Bombay High Court to get her passport renewed.

He has to go to Budapest soon in connection with the shooting. In such a situation, Kangana does not want any kind of trouble in her work because of the passport. Anyway, Kangana often has to travel abroad to take part in the shooting of films and other events. In such a situation, it is very important for them to get their passport renewed as soon as possible. Let me tell you, Mumbai’s Bandra Police had registered an FIR against Kangana Ranaut for sedition and spreading hatred among the people. Making the basis of this FIR, now the Passport Department has refused to renew his passport.

Kangana Ranaut had filed a petition in this regard before the Bombay High Court on Monday, which is to be heard on Tuesday i.e. today. Kangana’s lawyer Rizwan Siddiqui told that Kangana will be on a trip to Budapest and Hungary from June 15 to August 10. The shooting of the second schedule of his upcoming film ‘Dhaakad’ is yet to come.