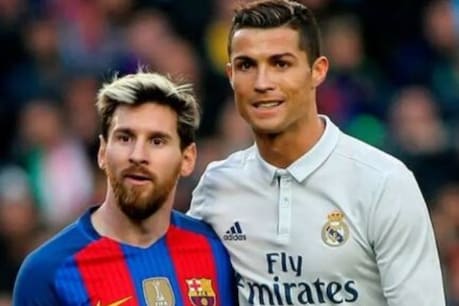 The matches between Barcelona and Real Madrid, called El-Clásico, were played for the first time in 1902.

New Delhi. El Clasico, two words that are enough to make any football lover’s heart beat. The world’s most high-voltage football match, which football lovers are eager to see. In this match, the two biggest clubs of Spain, which are considered to be the richest clubs in the world today. When Barcelona and Real Madrid are face to face on the field, the eyes of the world are on this match only. Known as El Classico, this match is not a competition only because of the game, its foundation is political thinking and feelings like patriotism.

What is the history of this rivalry

Football Club de Barcelona or FCB was founded in 1899 in Barcelona, ​​the capital of Catalunya. This was the city that considered itself separate from Spain. In 1902, the Madrid club was formed. Madrid lives in the hearts of Spanish nationalists. In the year 1902, the King of Spain organized a tournament in which both clubs participated. With the departure of the Basque and Catalan teams, two teams fighting Spanish nationalism in the final, the organizers of the tournament got one more match for third place. And that match became the first El Clasico.

By 1930 the Barcelona club had become a symbol of Catalan nationalism. For this reason, in 1936, Francisco Franco arrested and killed the president of Catalunya club Barcelona without trial, without trial, the meaning of the match between the two was not limited to the game only. Although it is said that sports and politics should always be kept separate, but in this match they often show political colors. Whether the match is in Madrid’s home ground Estadio Santiago Branbu or in his home Camp Nou, Barcelona’s supporter Catalan The flags of freedom are shown and the football associations keep imposing fines. The beginning of the 21st century saw the match between the two clubs known as El Clasico. El Clasico means ‘the classic’, which means the most spectacular. This match between Barcelona and Real Madrid is not just a derby match in Spain but it is much more.

Know who is heavy on whom

Ronaldo and Lionel Messi increase the excitement of El Clasico

The rivalry between these two clubs was further enhanced by Cristiano Ronaldo and Lionel Messi. These two players of the football world faced each other in El Clasico for 11 years. The football world was already divided between Messi and Ronaldo and El Clasico made the rivalry more exciting for the fans. Both earned their name in world football during this time and created a never-ending identity. This was a major hallmark of El Clasico before Ronaldo left Madrid. At the same time, Messi has been associated with Barcelona since the beginning of his career and is considered the biggest face of this club.