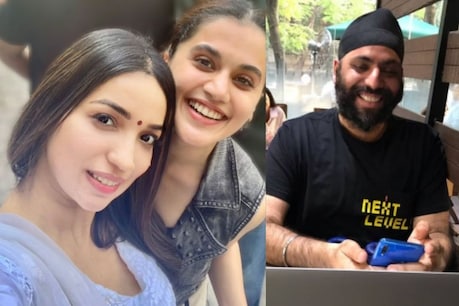 Mumbai: Bollywood actress Taapsee Pannu is in discussion these days about her upcoming film ‘Haseen Dillruba’. Recently the trailer of the film has been released, in which Taapsee Pannu is seen in a new avatar. The writer of the film is Kanika Dhillon, who is in a lot of discussion these days. Kanika has written many hit films before this and has also won accolades. He is being appreciated a lot after the release of the trailer. The credit of ‘Haseen Dilruba’ is also being given to him. But, it seems the film’s screenwriter Navjot Gulati did not like this thing at all.

Navjot Gulati has made a ‘sexist’ comment about the writer after Kanika Dhillon was given credit for the film. Navjot Gulati said – ‘If you want to make your mark as a celebrity scriptwriter, then marry a producer of a known identity.’ Navjot, through his comment, has pointed towards Kanika Dhillon’s husband Himanshu Sharma, who is himself a celebrated writer. Himanshu Sharma is a close friend of Aanand L Ra. Himanshu is also one of the producers of ‘Haseen Dilruba’. Kanika reacted to this comment of Navjot Gulati and said- ‘And because of writers like you Mr. Navjot Gulati, who show their stupidity in something, other very deserving writers do not get a place in the top as they deserve. It is a shameful thing!’ Earlier also in another tweet, Kanika had condemned Navjot Gulati’s statement. On the other hand, the lead actress of ‘Haseen Dilruba’ Taapsee Pannu also did not like Navjot Gulati’s comment. 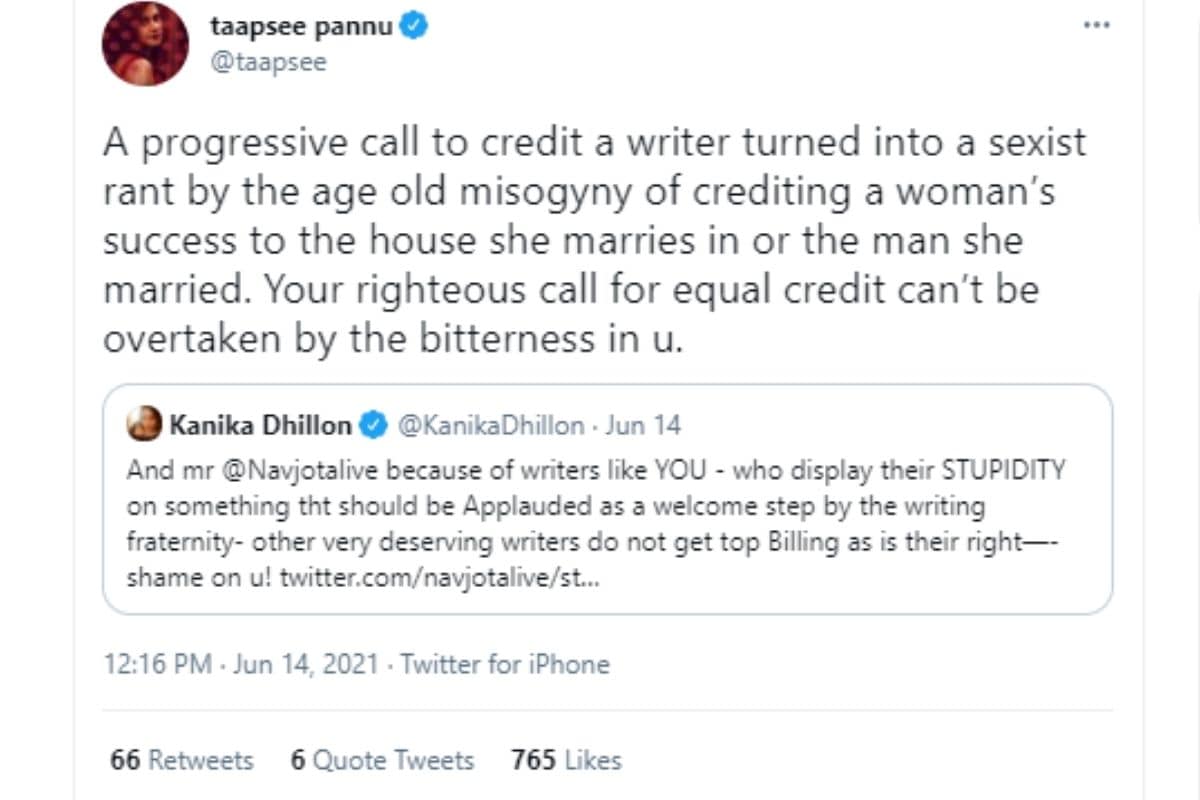 Responding to Navjot’s statement, Taapsee says- ‘The credit of a woman and her work should not be given to her where or whom she marries. You have so much bitterness for women that you cannot digest her success. Let us tell you, Haseen Dilruba will be released on Netflix on July 2. The film is based on the love triangle. Whose trailer has been released recently. Along with Taapsee, Vikrant Massey and Harshvardhan Rane are also in important roles in this film.