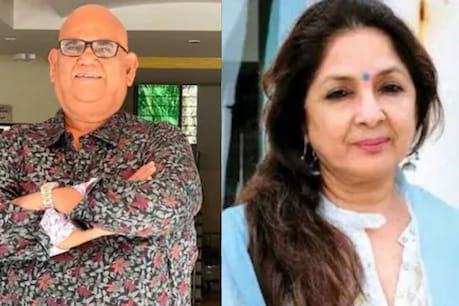 Both call each other by the names of Nancy and Kaushikan. file photo

Satish Kaushik revealed that the friendship of both is very good. They have known each other since 1975. Satish Kaushik said that whatever you read in his book was the love and support of one friend for another friend.

Bollywood actress Neena Gupta remains in the headlines these days. Actress Neena, who is active on social media, has recently launched her autobiography ‘Sach Kahun Toh’, in which such revelations have been made, which are now surprising people. In this book, he also talked about the marriage proposal given to him by actor and director Satish Kaushik. This is about the time when she was about to become the mother of Masaba. Now Satish Kaushik has broken the silence on this matter. He has said that he did all this being a true friend.

Satish Kaushik revealed that the friendship of both is very good. They have known each other since 1975. During an interview, he clarified on the marriage proposal given during pregnancy that I had proposed marriage to him at that time being a true friend, who came out of love as a friend. He said he didn’t want him to ‘feel alone’.

In this conversation, she further said that I have always supported this point that even at that time a girl had decided to give birth to a girl child without getting married. Being a true friend, I stood with him and gave him courage. Satish Kaushik further said that whatever you read in his book was the love and support of a friend for another friend.

Satish Kaushik said, as written in the book, I had proposed marriage to him. I told him that I am not, why do you worry. After this Nina (Nancy) had tears in her eyes. After that day our friendship became stronger. I am glad that she is doing well as an actor. At the same time, he is also married with a very good person. When he was asked whether he was aware of this thing going to be mentioned in Neena’s book, in response to this question, Satish Kaushik said that yes he told me Was asked about this. I told Nancy that you write comfortably, no problem. He told that my wife Shashi also knows the equation between Neena and me very well. Nina keeps coming to our house. She understands and respects our friendship.

Let us tell you that Kareena Kapoor Khan has recently launched Neena Gupta’s autobiography ‘Sach Kahoon To’. Due to the outbreak of Corona virus, the launch of this autobiography was kept virtual. Neena Gupta, who speaks in an outspoken manner, has also talked about casting couch in Autobiography. Apart from this, he has also written about the politics of the film industry, pregnancy and single parenthood.