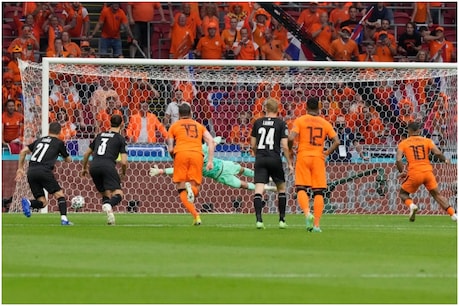 The Netherlands entered the last 16 after beating Austria 2–0 in a European Football Championship match, maintaining it after taking a two-goal lead.

Amsterdam/Bucharest. The Netherlands entered the last 16 after beating Austria 2–0 in a European Football Championship match, maintaining it after taking a two-goal lead. Goals from Andrei Yarmolenko and Roman Yaremchuk helped Ukraine beat North Macedonia 2-1 on Thursday to register their first win at the European Football Championships. At the same time, Belgium, the world’s number 1 team, also won its second consecutive match.

For the Netherlands, Memphis Dippe and Denzel Dumfries scored a goal each in both the halves. Depay converted a penalty in the 11th minute, his 27th goal in 66 international matches. While Dumfries scored in the 67th minute. He also scored in the first match against Ukraine. The Netherlands are playing their first major tournament in seven years and have reached the last 16 with one match left. It won the Euro Championship in 1988 and finished third in the 2014 World Cup. In the other group match, Ukraine defeated North Macedonia by 2.1. Now the Netherlands will face North Macedonia while the Austrian team will play Ukraine.

Forward Yarmolenko scored in the 29th minute while Yaremchuk scored in the 34th minute. North Macedonia’s only goal from Aare was scored by Egjan Alioski in the 57th minute. Ukraine’s Yarmolenko and Yaremchuk also scored against the Netherlands in the first match of Euro 2020 on Sunday but the team lost 2-3. Yaremolenko scored from close to Goalmukh on a flick from the corner by Oleksandr Karavaev. Yarmolenko then made a move from the right end five minutes later, and Yaremchuk hit goalkeeper Stol Dmitrievsky over his pass to double Ukraine’s lead. Against the Netherlands too, both these players scored two goals within four minutes. Yarmolenko and Yaremchuk equaled coach Andrei Shevchenko’s record of scoring two goals for Ukraine at the European Championships. Shevchenko scored in a 2–1 win against Sweden, coordinating Euro 2012. This was Ukraine’s only previous victory in this continental tournament. Alyowski rebounded from goalkeeper Georgei Buschen on the penalty and brought the ball into the goal. Ukraine have three points in Group C while North Macedonia are yet to open their account and are in danger of being eliminated from the tournament.

The world’s No. 1 team Belgium also won its second consecutive match. Denmark took the lead in the second minute and led 1-0 in the first half. Yousuf Paulsen’s goal put Belgium under pressure but the No. 1 team came back strongly in the second half. Hazard scored in the 54th minute to level Belgium 1-1. 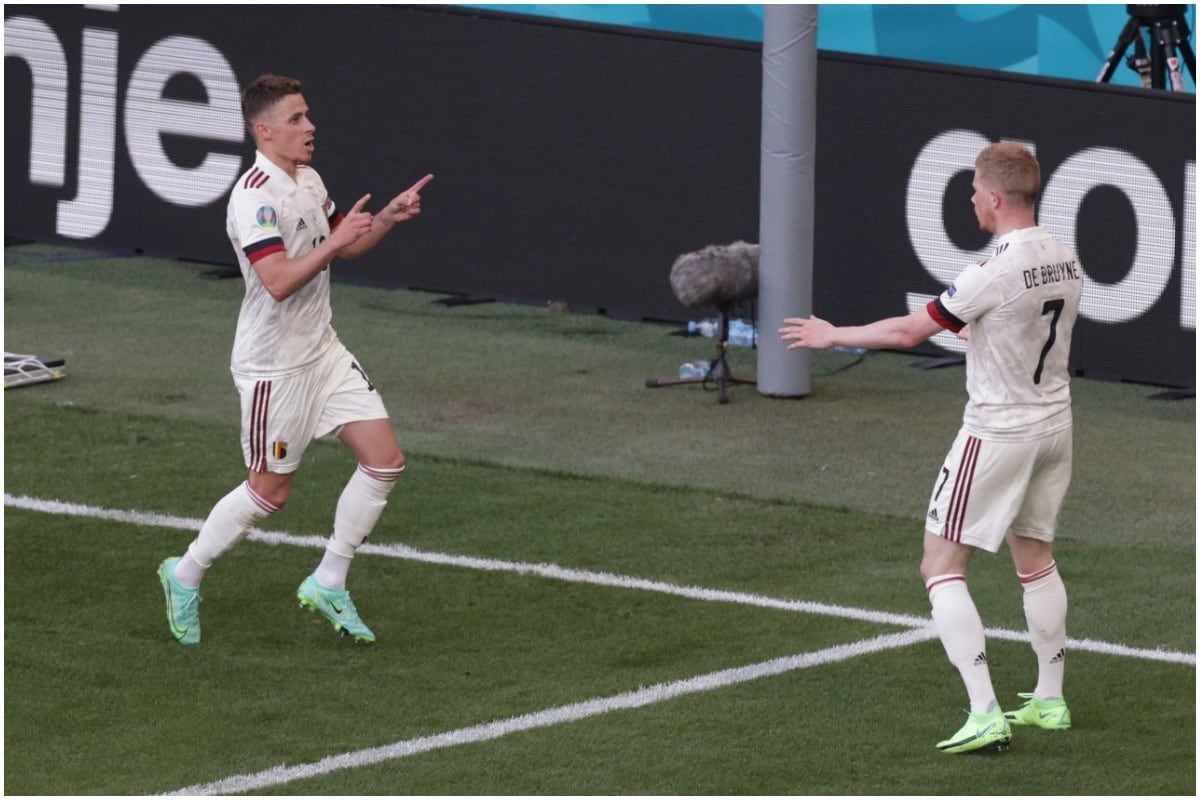 After this, in the 70th minute, Kevin Bruin scored a goal to put Belgium ahead of 1 goal. With this win, Belgium is at number one with 6 points. Russia is second with 3 points. Finland is third and Denmark is at number four after losing both their matches.