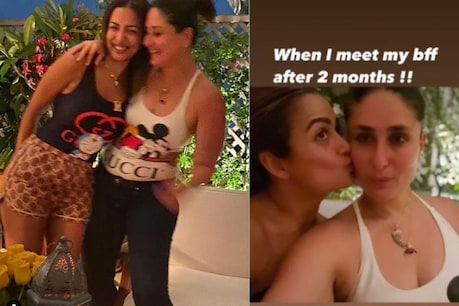 Kareena Kapoor Khan had a party with her friends after about two months. After the lockdown opened, I had fun with my best friends.

Mumbai: The hustle and bustle of Bollywood, which has stopped due to Corona Pandemic, seems to be normal once again. Due to the decreasing cases of corona infection, relaxation in lockdown has started. In such a situation, celebs who have not been able to meet each other for a long time have also started meeting. Kareena Kapoor Khan also organized a house party in which her best friend Malaika Arora and her sister Amrita Arora reached.

Bollywood actress Malaika Arora, Amrita Arora and Kareena Kapoor are good friends. When the situation was normal, they all used to party often, but Corona has increased everyone’s problems. Kareena did not go out to meet her friends but gave a party at home, taking care of safety. He has shared a photo with his friend Malaika on his Instagram. In this, both of them are looking very happy in casual look. While Kareena is seen wearing a white top with black pants, Malaika is seen in shorts. Kareena wrote in the caption with her photo ‘Gucci bffs’. On this Amrita commented that ‘photo credit please’ Apart from this, Kareena has shared a photo with Amrita Arora on her Insta story. It is written with ‘When I met my BFF after two months’. Arjun Kapoor was also present in this party. 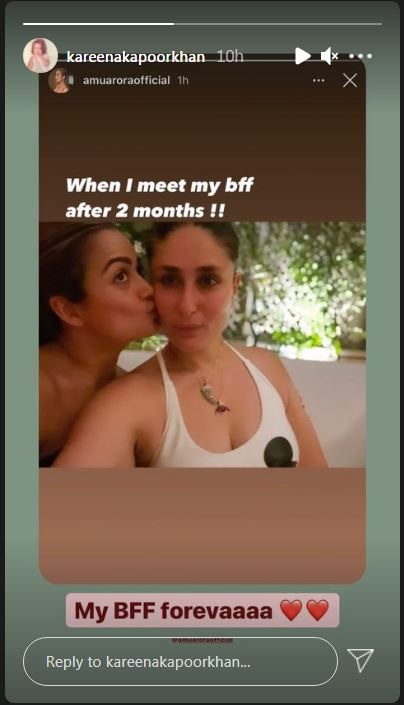