When ‘Khiladiyon Ka Khiladi’ completed 25 years, Akshay Kumar shared a meme going viral on social media recently, revealing that his fight was not with the real Undertaker. After which Real The Undertaker has invited him to fight.

Mumbai. In Bollywood, ‘Khiladi’ i.e. Akshay Kumar is very active on social media. Akshay Kumar has been entertaining people through his films for years. In the early days of his career, the hit film ‘Khiladiyon Ka Khiladi’ recently completed 25 years. Till now many people thought that the fight scene in the film was shot with the original The Undertaker, but recently the actor himself exposed this secret. Now when this secret was revealed, after 25 years, the real Undertaker of WWE gave an open challenge to Akshay Kumar for the fight, after listening to which the actor was stunned.

Actually, some time ago, when the film ‘Khiladiyon Ka Khiladi’ completed 25 years, Akshay Kumar had disclosed this while sharing a meme going viral on social media in the past. That his fight was not with the real Undertaker. He told that Akshay’s fight scenes in the film were shot with Bayan Lee, who was playing the role of The Undertaker. 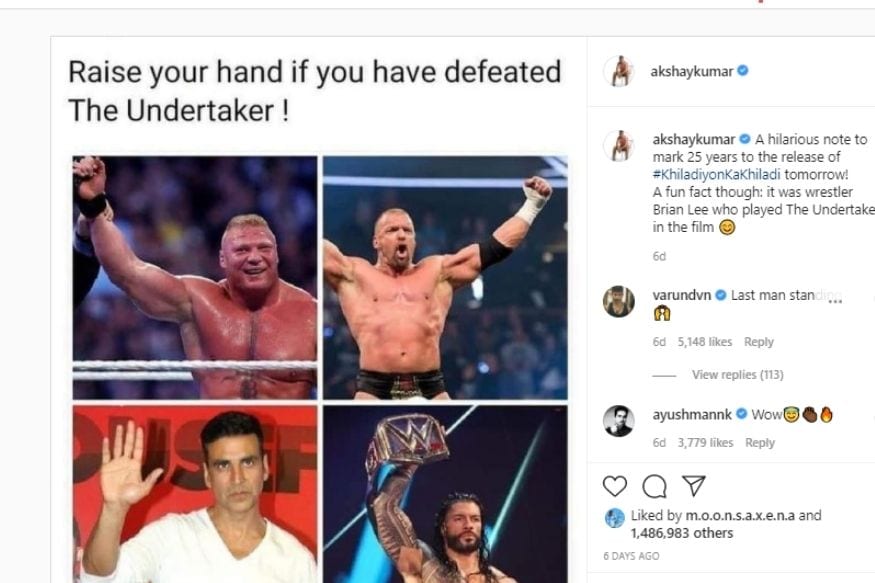 After seeing this tweet of Akshay, The Undertaker challenged Akshay and wrote, ‘Tell me when you are ready for the real match.’ 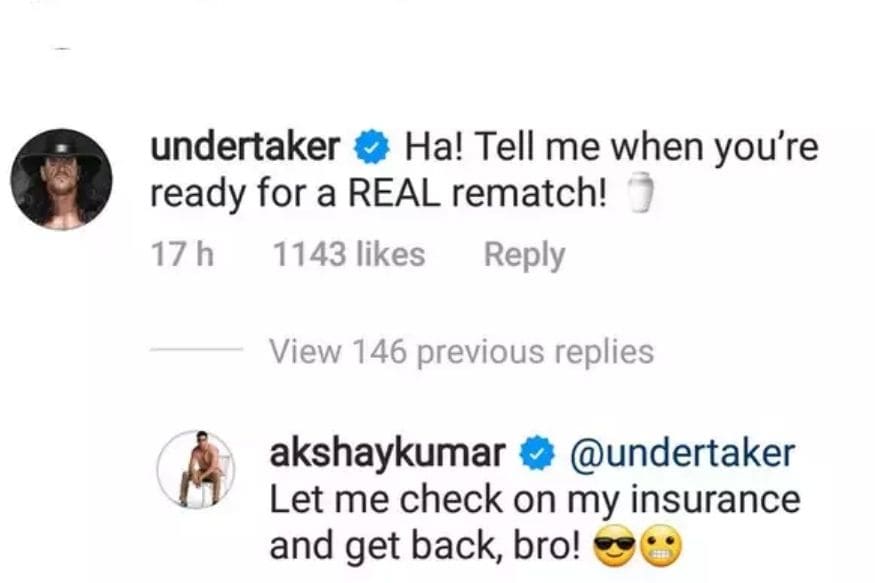 After reading The Undertaker’s comment, Akshay Kumar gave a very funny answer. He said- ‘Brother, first let me check my insurance and then I will tell you’.

This answer of the player of Bollywood is being liked by his fans. Some people are saying that after so many years the veil has been lifted from this secret, then two hands should be lost from the real man. At the same time, there are some people who are saying that if they do this then perhaps even bones will not be able to be found.

Let us tell you that in the most dangerous scene of this film released in the year 1996, there is a fierce fight between Akshay and Undertaker. Fans feel that Akshay is clashing with Undertaker, but it is not so. Brian Lee is also Undertaker’s cousin. Brian Lee is also a professional wrestler.