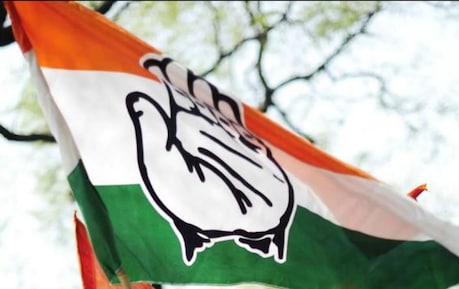 It is the sin of the BJP which presents itself as the protector of Sanatan Hindu Dharma. (signal picture)

State Congress President Pritam Singh said in a press conference here that if the investigation of this scam under the chairmanship of the sitting High Court judge is not ordered, then the Congress will hold a statewide demonstration.

Dehradun. The Uttarakhand Congress on Saturday threatened that the party would launch a protest if the current High Court judge is not investigated for the alleged fake Kovid-19 investigation scam during the Haridwar Kumbh Mela. State Congress President Pritam Singh said in a press conference here, “If the investigation of this scam under the chairmanship of the sitting High Court judge is not ordered, then the Congress will hold a statewide demonstration and it will start on June 25 in Haridwar. Will go on a fast on the banks of the river.” Singh said, “It is the sin of the BJP which presents itself as the guardian of Sanatan Hindu Dharma. This scam happened under this government during an epidemic like Kovid.

State Congress Committee President said that this is not only a scam in which financial irregularities took place, but it also showed gross disregard for public health. Singh also criticized the alleged “allegations and counter-allegations” between Chief Minister Tirath Singh Rawat and his predecessor Trivendra Singh Rawat over the scam. Significantly, the BJP-led state government has already ordered a special investigation team to probe the alleged scam.

Most of the numbers are also coming out wrong

Let us tell you that yesterday it was reported that after the case of Kovid test scam came to the fore in Uttarakhand, now it is a difficult task for the Kumbh Mela administration to find out the right and wrong testing in its investigation. A total of 2.5 lakh Kovid tests were done by 11 testing labs empaneled in the Mela Health Department. After finding disturbances in the work of two labs, the Kovid test done by all the labs is being verified. Regarding the investigation, the fair is being said after the Health Department has hired 4 employees, but when the News18 team reached the spot and took stock, only one member of the investigation committee was seen calling people. During this, different things are coming out in talking to people. Some people say that they did not come to Haridwar Kumbh Mela, while some people are saying that they never went to Haridwar in life. Most of the numbers given in the list are also coming out wrong.