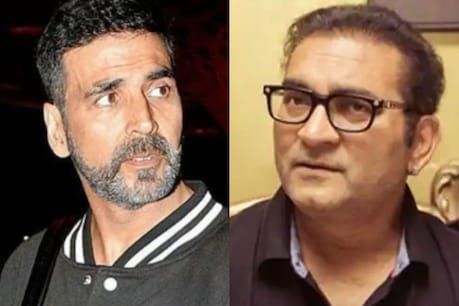 This statement of Abhijit Bhattacharya is becoming very viral.

Abhijeet Bhattacharya claimed that Akshay Kumar is a big artist in today’s date and all this happened because of his songs. Along with this, he also called Akshay the Mithun Chakraborty of the poor.

Bollywood singer Abhijeet Bhattacharya gave many hit songs in Bollywood. He is known for often making controversial remarks with his songs. He was awarded the Filmfare Award for Best Male Playback Singer for the song ‘Main Koi Aisa Geet Gaoon’ from the 1998 film ‘Yes Boss’. Abhijeet is not only a great singer but he also comes in the discussion about his impeccable lyrics. Abhijeet has given a big statement about Bollywood actor Akshay Kumar. He has claimed that he has made Akshay Kumar a big star.

Actually, Abhijeet Bhattacharya was recently seen in a live session, in which he has said many things. Not only this, he claimed that Akshay is a big artist in today’s date and all this has happened only because of his songs. Along with this, he also described Akshay Kumar as Mithun Chakraborty of the poor.

Abhijeet said that I am a singer and I am only to sing, sing for the stars. It doesn’t matter how well I sing. If that person is not a star then it is worth nothing. There is Shahrukh Khan on one side and Sunil Shetty on the other. Now Shah Rukh Khan is a star, he has a class when he speaks and Sunil has a rough and tough appeal attached to it. Whenever someone decides to curate a song for Sunil, he has to be aggressive and wild. I have sung songs for both Sunil and Shahrukh. My songs shot on both were hits.

He did not stop there, he further said that he talked about the beginning of Akshay Kumar’s stardom. He said that my songs have made Akshay Kumar a star. When he was launched, he was not a star. He was earlier considered as the ‘Poor Mithun Chakraborty’. Just like Mithun Chakraborty was considered the ‘Amitabh Bachchan of the poor’. Abhijeet further said that music has great power, be it Dev Anand, Raj Kapoor or Rajesh Khanna. Akshay Kumar became a star after the film ‘Khiladi’ (1992). I gave voice to its song ‘Vaada Raha Sanam’. After this, the word Khiladi appeared in the titles of many of his films. My voice suits them. All these actors were not stars before, but my voice made them stars.