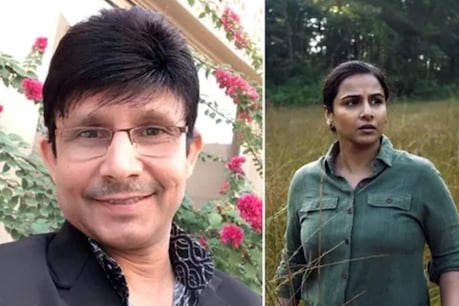 Film critic Kamal R Khan said something about Vidya Balan’s film, after which he once again came into the limelight. Recently, KRK had commented on Salman Khan’s film Radhe, now he is in the mood to mess with Vidya Balan.

Mumbai. actress Vidya Balan The film ‘Lioness’ has been released on the OTT platform. There is a lot of buzz about the film on social media. Vidya Balan’s strong acting is being discussed once again. Meanwhile, film critics Kamaal R Khan Said something about the actress’s film, after which she once again came into the limelight. Recently, KRK had commented on Salman Khan’s film ‘Radhe’, now he is in the mood to mess with Vidya Balan.

Kamaal R Khan By tweeting, Vidya Balan’s film ‘Sherni’ has been described as a small film. Not only this, in many cases KRK has also made fun of the film. He wrote, ‘Many people are asking me to review the film Lioness. Please note, I do not watch or review such short films or talk about them. Because I am #ThebrandKRK No 1 critic in the world. 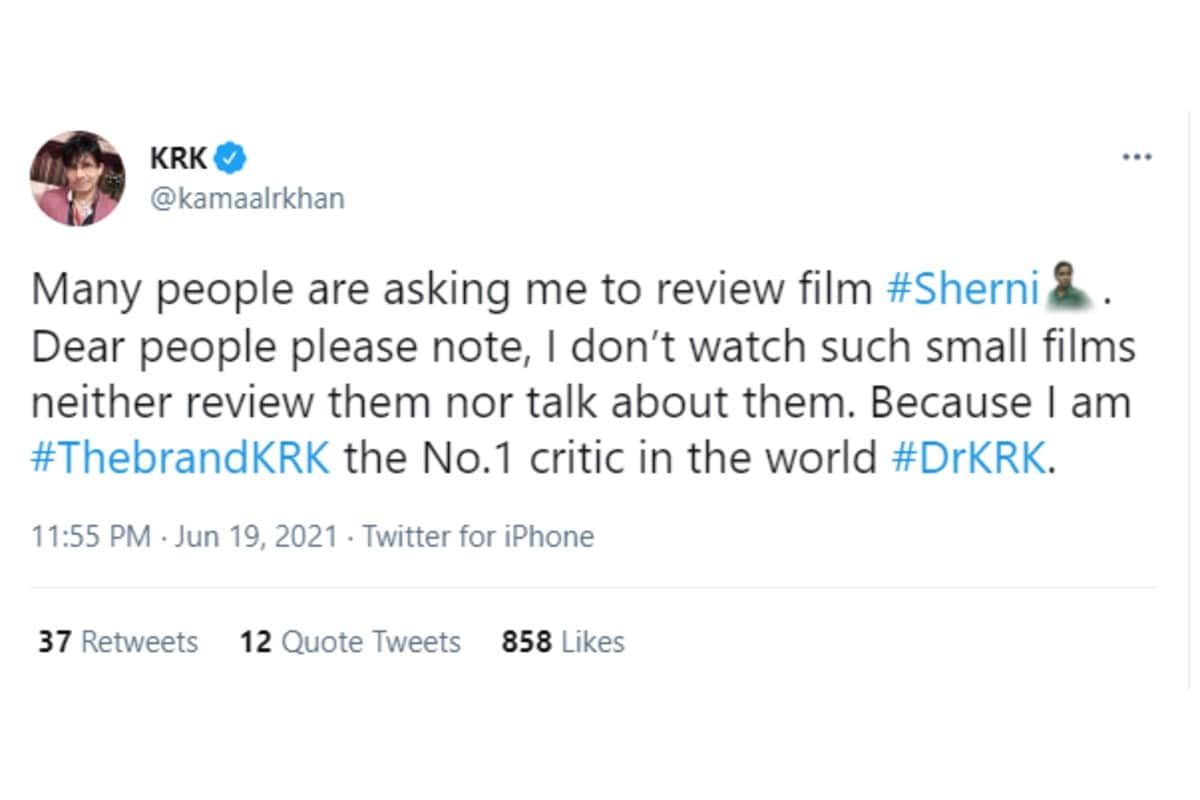 Vidya Balan’s fans got angry with this comment of KRK and they reprimanded KRK a lot. One wrote, ‘Prime video will not be a subscription, brother, give it a link to a telegram to the beggar.’ Another wrote, ‘As a critic you should review every film. No film is too big or small for a critic, but we know you have a set agenda with you. People laugh at you sir.’ Actress Vidya Balan is in the role of a forest officer in the film. The cast of Balaghat has also acted in the film. In October-November 2020, 80% of the shooting of the film has been done in the dense forests of Balaghat, Rangers College, Malajkhand Copper Mines. The story of the film tells how rare wildlife are conspired and killed due to political pressure.