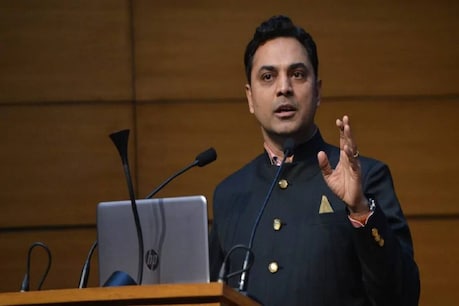 Some industry organizations have suggested that the government should give a stimulus package of Rs 3 lakh crore to revive the economy affected by the pandemic.

New Delhi. The country’s Chief Economic Adviser Krishnamurthy Subramanian has said that the government can take more measures to encourage the economy affected by the second wave of Coronavirus. Along with this, he said that the demand for the new stimulus package will be considered in the context of various measures taken by Finance Minister Nirmala Sitharaman in the budget 2021-22.

Some industry organizations have suggested that the government should provide a stimulus package of three lakh crore rupees to revive the economy affected by the second wave of the epidemic in April-May. Subramaniam’s response has come on these suggestions.

Subramaniam said, “Last year also we were ready for more measures. But I think when we are talking about stimulus package, there is a big difference between last year and this year. But this time the budget has been presented amid the pandemic. Many things have already been included in this.

He said that the main focus is on infrastructure spending. This increases construction activities and ultimately creates employment in the unorganized sector. The construction sector grew by 15 per cent in the fourth quarter and gross fixed capital creation relative to GDP grew by 34 per cent in the fourth quarter, the highest in the last six years, he added. Subramaniam said the ultimate objective This is to ensure that the revival of the economy picks up pace. He said that the government will do whatever it needs to do to ensure this. On food security for the poor, the CEA said that the government has already extended the main food program for 80 crore population till November.

He said that the cost of expansion of Pradhan Mantri Garib Kalyan Yojana would be Rs 70,000 crore. Subramaniam said that free vaccine is another important economic measure.