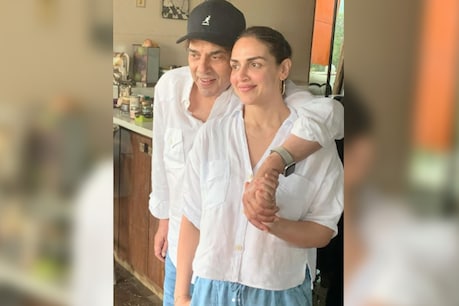 Actress Esha Deol is considered very close to her father actor Dharmendra. On the occasion of Father’s Day on June 20, Isha has refreshed her childhood memories.

Mumbai. actress Esha Deol She is considered very close to her father actor Dharmendra. On the occasion of Father’s Day on June 20, Isha has refreshed her childhood memories. Isha is the eldest daughter of Dharmendra and Hema Malini. He also has a younger sister Ahana Deol. Recalling her childhood, Isha told that one day when she woke up in the morning, she did not find her mother at home, after which she started crying. Then Dharmendra prepared him while handling daddy’s duty.

While talking to Leading Daily Esha Deol Said- ‘There is an anecdote that often makes me laugh. I still remember it, we were all holidaying abroad. My mother had gone shopping early in the morning. I woke up, saw only Papa in the room and started crying after finding Mama. Papa consoled me saying that mommy is here and she will do everything for me today. He showered me, combed my hair, dressed me in a party frock and applied kajal to my eyes. My mother came back and was happy to see me ready at nine in the morning. He was really cute.’

Isha further said that Dharmendra was always busy shooting for the film, he never celebrated Father’s Day together in childhood. However, now if he is in Mumbai, people in the family celebrate with cakes and gifts. Actress Esha Deol was married in the year 2012. Esha Deol was married to businessman Bharat Takhtani.

Dharmendra lives in a farmhouse near Lonavala while Hema and her daughters live in Mumbai. Dharmendra and his first wife Prakash Kaur also have four children – sons Sunny and Bobby Deol and daughters Ajita and Vijeta.