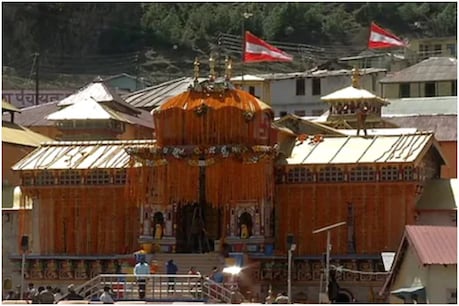 Along with giving many concessions, the state government has extended the Kovid curfew till June 29. Government spokesperson Subodh Uniyal said that during this time night curfew will remain in force in the urban area.

Dehradun. Permission has been given to start Chardham Yatra in Uttarakhand from July 1. For the first ten days i.e. till July 10, only residents of Chamoli, Rudraprayag and Uttarkashi districts will be allowed to visit the Dhams with Corona Negative Report. The four Dhams are present in these districts. From July 11, the yatra will also be opened for other districts of the state. But, during this it is mandatory to bring negative report of Kovid. However, along with giving many concessions, the state government has extended the Kovid curfew till June 29. Government spokesperson Subodh Uniyal said that during this time night curfew will remain in force in the urban area. Instead of three days a week, now the market will be open for five days. Saturday and Sunday market will be closed on weekends. Market opening hours will also be from 8 am to 5 pm. Along with this, hotels, bars, restaurants were allowed to open with fifty percent capacity. But, after 10 pm, these hotels, bars, restaurants will remain closed till six in the morning.

At the same time, government offices will also open with fifty percent capacity. Departments related to essential services will open with their full capacity. The compulsion of fifty people in the marriage ceremony will still be mandatory. Kovid negative report will be necessary to go from field to mountain. All these decisions will come into effect from June 22. The state government took these decisions in a meeting chaired by the Chief Minister on Saturday. Kovid infection has now been controlled to an extent in Uttarakhand. In the last 24 hours, 220 new cases of Kovid have come. The number of active cases in the state has also come down to around three thousand 220.

Traders have heaved a sigh of relief to an extent