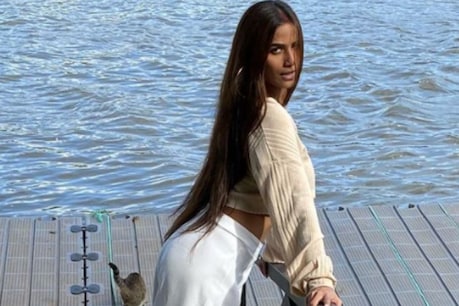 During the 2011 World Cup, Poonam Pandey, while cheering the Indian cricket team, said that if Indian cricketers bring the World Cup, they will show it nude. Recently, he once again talked about striping for the India vs New Zealand cricket match in the ongoing World Test Championship in Southampton.

Poonam Pandey is often in the headlines due to her bold videos and statements. Poonam, who made headlines by saying ‘If India wins the World Cup, she will strip (remove clothes)’, Poonam Pandey is ready to take off her clothes once again. Now he once again talked about stripping for the India vs New Zealand cricket match in the ongoing World Test Championship in Southampton.

He further said that I do not have any information about this. I’ll go back home. I will investigate and if possible will think about the controversy. Not only this, Poonam Pandey’s husband Sam Bombay said, ‘Can I also strip?’

To this Poonam Pandey replied, ‘You want to strip? India will lose, ‘Please don’t do this’. Poonam further said, I am not doing any crime. I love cricket and I am doing this for the entire country and cricket lovers. Every person in the country loves cricket. I have done many such shoots before and now I want to do such shoots for the country as well. I want to do something big and I have no fear of people.

Let us tell you that Poonam Pandey did not go nude after India won the 2011 World Cup. The reason behind this was told that he did not get approval from BCCI.