The last season of the series ended on an exciting turn.

Amazon Prime Video has officially released the logo of ‘Inside Edge Season 3’ today.

New Delhi. After the massive success of the last two seasons, Amazon Prime Video India’s first original series ‘Inside Edge’ has returned with a new season. Putting all the speculations to rest, Amazon Prime Video has officially released the logo of ‘Inside Edge Season 3’ today. The previous season of the series ended on an exciting turn, due to which fans were eagerly waiting for it and now its next season is going to be a bang.

Produced by Ritesh Sidhwani and Farhan Akhtar and composed by Karan Anshuman, the series is directed by Kanishk Verma. ‘Inside Edge Season 3’ stars Vivek Oberoi, Richa Chadha, Sayani Gupta, Aamir Bashir, Tanuj Virwani, Sapna Pabbi, Amit Sial, Akshay Oberoi and Siddhant Gupta in lead roles, this time with ‘Cricket’ in more quantity . Also, the dose of entertainment and drama will also double which has increased the anticipation and excitement among the fans. 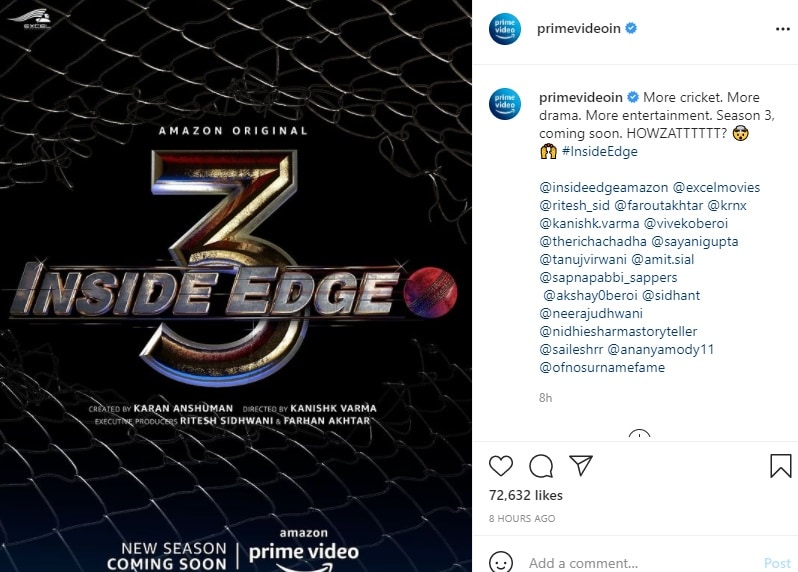