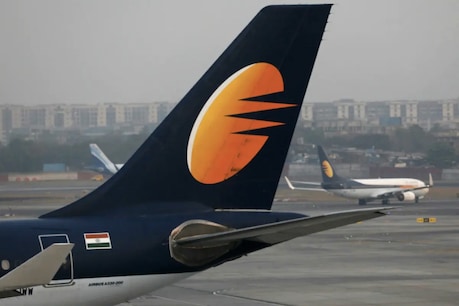 Jet Airways once had 120 aircraft in its fleet

New Delhi. According to a report in CNBC-TV18, Jet Airways is set to start its operations within 6 months of getting approval from the National Company Law Tribunal (NCLT). The Kalrock-Jalan consortium, the new owner of Jet Airways, is in talks with the government on the availability of slots. According to information received from sources, Jet Airways is also ready for the option of alternate slot on plus/minus 15 basis. The CNBC-TV18 report also said that Jet Airways is also in talks with Airbus and Boeing to expand its fleet as part of a five-year plan. According to this report, Jet Airways plans to retire all the 11 aircraft in its current fleet and get low fuel consumption aircraft on lease. It is likely that the company will hire 50 to 75 employees per aircraft.

Let us inform that after the closure of the company’s operations, its slots were given to other airlines. In the recently filed affidavits in the bankruptcy court, the MCA and DGCA had said that Jet Airways cannot refer to history for seeking the slot. The government and DGCA had said that the allotment of slots will be done according to the rules and guidelines laid down for this. Another Business Standard report said that around 30 airports have assured the Kalrock-Jalan consortium of the availability of 170 pairs of slots for Jet Airways.

Also read – Even if there is no debit-credit card, you will be able to make online purchases in easy installments, ICICI Bank has started the facility, know everythingWill fly with 25 planes

Jalan Kalrock Consortium had said in its media statement last time that initially Jet Airways will start flying with about 25 aircraft. The company is very positive about Indian aviation and the future is bright. After getting approval from NCLT, the resolution plan will be sent to the Ministry of Civil Aviation. After that it will be sent to the Directorate of Civil Aviation (DGCA).

17 thousand workers had come on the road

Let us tell you that due to huge losses and debt, Jet Airways was closed in April 2019. At that time the promoter of the company, Naresh Goyal, needed Rs 500 crore, but he could not raise it. The situation became such that the salary and other expenses of the employees were also not able to meet. After the closure of Jet Airways, about 17 thousand of its employees had come on the road. After this, a consortium of banks that gave loans to Jet Airways removed Naresh Goyal from the board of the company.

Also Read – iPhone Users Beware! Do not connect the phone to this Wi-Fi, otherwise you will never be able to use it again

There were once 120 aircraft in the fleet

The airline once had 120 aircraft in its fleet, which was reduced to just 16 at the time of its closure. The company had to cease operations due to the problem of funds. The company went under the Corporate Insolvency Resolution Process in June 2019. Its loss increased to Rs 5,535.75 crore in the financial year ended March 2019. Experts say that Jet will have to make a large number of new appointments to start flying service again. This will work to accelerate the sluggish job market after Corona.