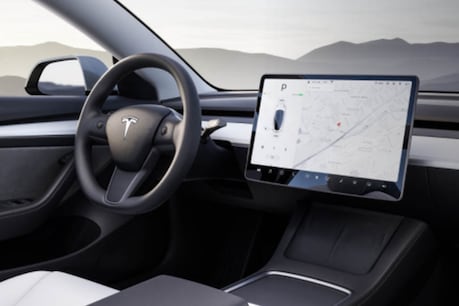 Both the Fremont Police and the Spokane Police Department recently acquired Tesla Model Y vehicles for use as police patrol vehicles.

New Delhi. Elon Musk-owned electric vehicle company Tesla has reportedly built its own police car in the UK and is planning to use it to test the UK emergency vehicle market. This police car is based on Tesla’s Model 3 electric sedan. Tesla UK has revealed the Police Leveraged Model 3 saloon equipped with Blues-and-Two, which the company said will be available to emergency services across the UK for testing and evaluation. Electrek’s report has revealed that automaker Tesla has not revealed any specs for its new vehicle, but it looks like it could perform the Model 3. With a range of over 300 miles, a top speed of 162 mph, and a 0 to 60 mph top speed in just 3.1 seconds, it should fit more than a patrol car’s needs.

In recent years, the Model 3 has become the best-selling electric car in the UK and at times, even the best-selling car, period. However, there have been no reports of Model 3s being used as police vehicles. The report states that several police departments have done the math and discovered that they can save a lot of money by upgrading their fleets to Tesla vehicles, especially the Model 3.