Where did the music come from? How did you come? Who made? Music was always in the world, ever since the world was created. When we didn’t have languages. We could not speak. Music has probably been with him since. When man came into the world. Then there was a sound in his throat but he did not know how to use it. When he was happy, he would start making sweet and sweet sound from the throat. There was some rhythm in it Had he been angry, the style of the voice would have been different. Since then the early human has come to thread every color of life in the voices… from here the music was born.. that is, when we did not even know how to speak, then music was in our life..

Music was then the companion of our happiness and sorrow. It was also a medium to express our feelings. When this process progressed, these primitive human beings molded these voices into musical style and also invented the style of dance. Primitive humans made strange rhythmic sounds from the mouth. Dancing in a strange way in happiness and sorrow. Music doesn’t necessarily need words. The sound delivery of rhythms gave birth to musical traditions in the true sense. In the understanding of these rhythms and music, the ancestors of our primitive times and after them came to the nomadic tribes who moved towards civilization.

In the progressing journey of life, when man got languages. The voices of the throat were not just sound but were molded into words and letters, then a new journey of music also started. Life changed. In the same way, the wings attached to music also started taking new flight. 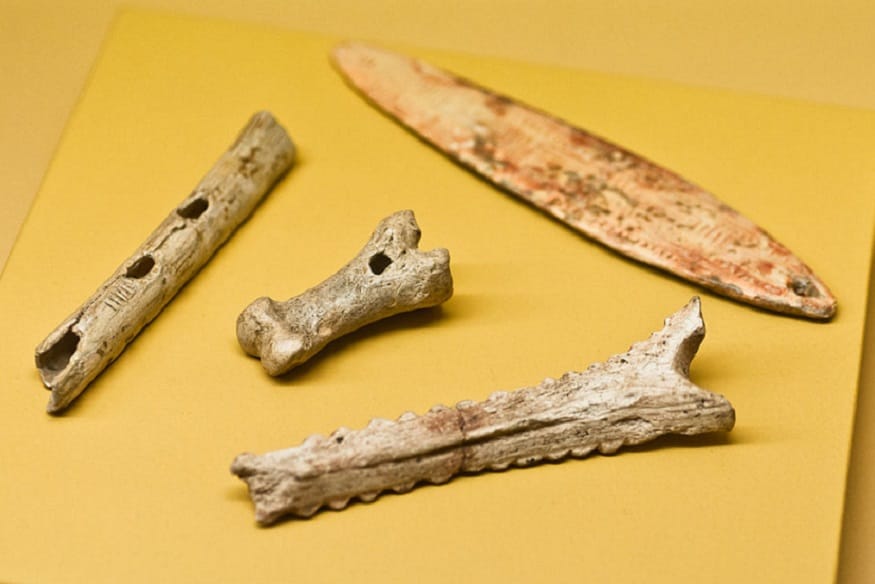 After this came the instruments and equipments … which gave further departure to music.. That is, to give voice to the voices of music, along with the neck, some other items were also found by our primitive ancestors. The remains of about 20 thousand years ago also indicate this.

In the primitive age, flute and drum were used

Archaeological scientists have found bone flutes near the caves of the primitive age, which suggests that in the Paleolithic period, poly bone may have been used as a flute, then wooden flute would have been made. It is believed that the first human musical instrument was this bone flute. In the meantime, when he would have cut the hollow circular stems of the trees and put a leather shell on it, then he must have heard amazing voices as soon as he thumped it. 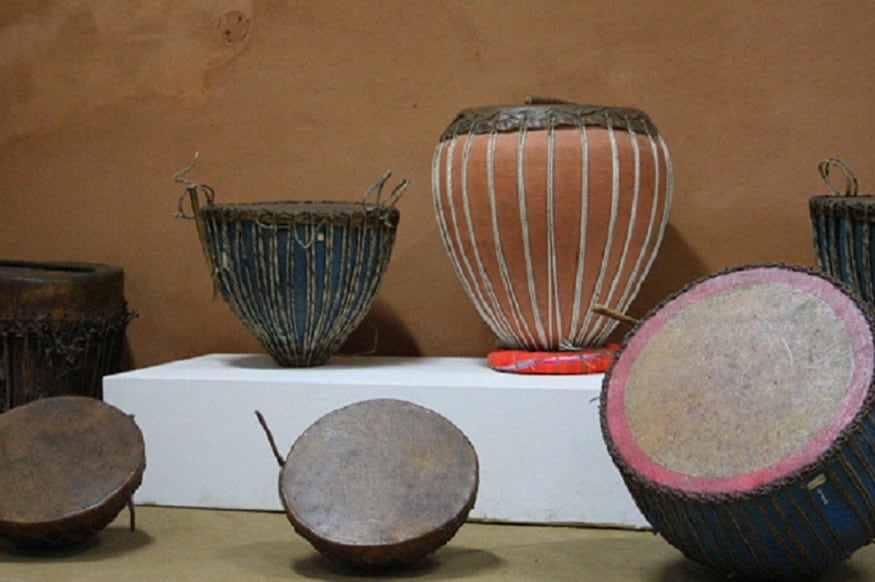 Water wave was also prevalent in the stone age

Later, this flute and percussion drum became his early musical companions. The flute and drum developed differently in different regions of the world during that period. The shape types of flutes and drums were also different in each continent. Somewhere the flute was very small and somewhere two meters long. Somewhere the drum was of small size and somewhere very huge… Another musical instrument It was also very popular in this stone age, so it was a musical instrument like water tarang, from which different types of waves of musical notes came out from each end. In the tribal areas of Australia, the two-and-a-half meter flute is still played by loud blows, it is called didgeridoo there.

The initial flute was made from the trunk of an elephant

It is said that the initial bone flute that was made was made from the trunk of that giant elephant. In the Stone Age, as soon as our primitive ancestors came to know about the importance of sound, then they must have tried to make them musical by taking out sounds from all things. Everything from stone to wood etc. must have been included in it. 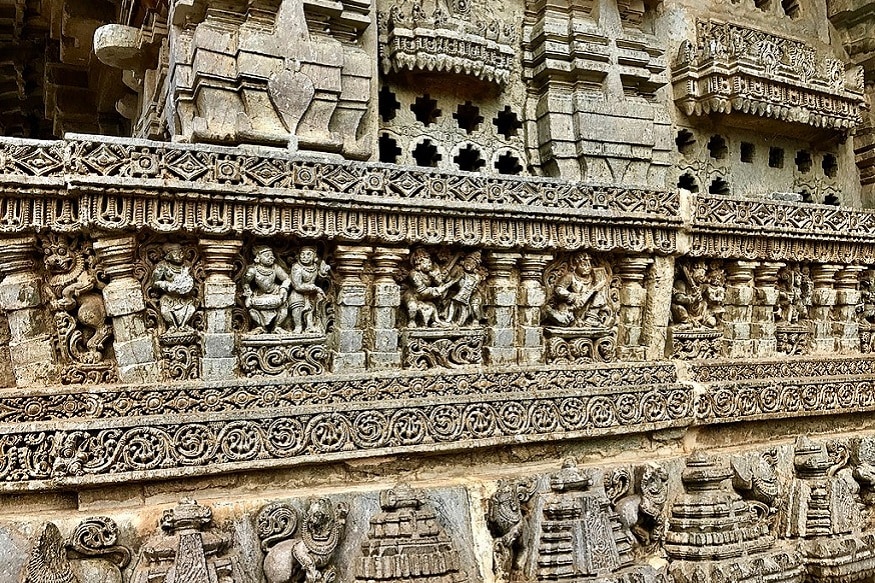 Glimpses of the use of music in ancient temples of India, carved on the walls

Different styles of music developed in each region

Music developed differently in each region. It had a different impression on him. His different style and characteristics became prevalent. There are not thousands but millions of styles of music around the world. Every hundred kos, the water of the area rose on the music, it was threaded in a different dialect and style. Often each region also developed its own special instruments of music.

The tradition of music in our country is as old as prehistoric times. In the excavation of the Indus Valley period, a bronze statue was found in the posture of a dancing Bala. That is, about three thousand before Christ, music was settled in our people. When the Vedic period started, music came out in the form of hymns and mantras. 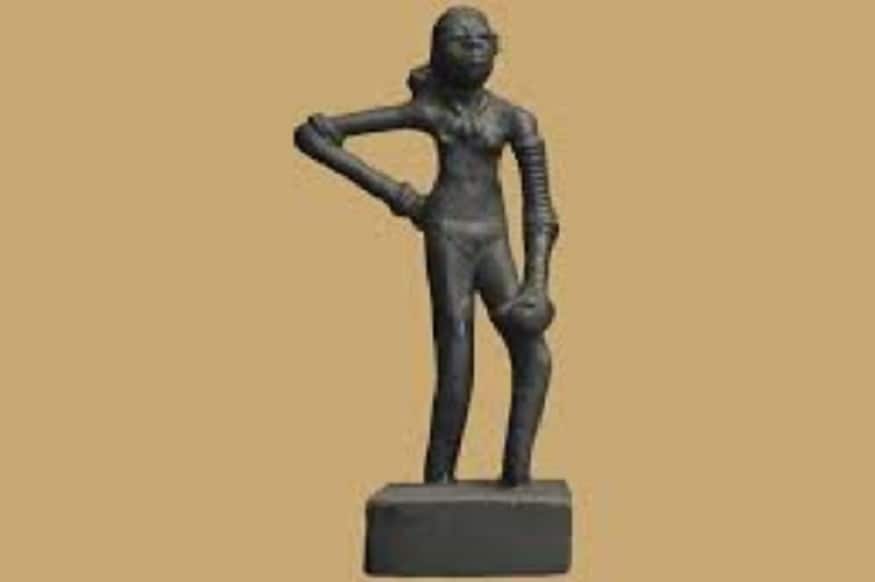 In that era, the poeticism arising out of music in our society was at such a height that our greatest texts, Ramayana and Mahabharata, came out in the form of epics which were not prose but poetry. Rigveda, Yajurveda all had a lot of light on music. In this, the musical instruments, origin and methods of playing are described in detail, ragas are in our civilization from the beginning.

Shiva and Saraswati were the pioneers of Indian music

Shiva and Saraswati are the originators of music in Indian culture. It is believed that our ancestors, sages and mystics got the knowledge of music directly from God. In the fifth century, Matang Muni wrote a comprehensive look at the finer aspects of music. In ancient times, Indian music was considered divine and supernatural. He grew up in the atmosphere of religion, spirituality and spiritual practice. Her upbringing in temples and ashrams. Apart from the temple, the palace and the court also became the main centers of music. Shiva and Saraswati are the originators of music in Indian culture. It is believed that our ancestors, sages and mystics got the knowledge of music directly from God.

New era came after the arrival of Muslim rulers

After the arrival of Muslim rulers from Persia to India, a new journey of music started in the country. The era of amalgamation of Persian music and Indian classical music began. The court of Alauddin Khilji was famous for its music and musicians. The first concert in northern India was organized by Sultan Hussain Sharqi of Jaunpur. Raja Man Singh Tomar of Gwalior had established an institution of music, in which there were four great heroes of music, whose job was to recite music and organize concerts of music discussion. Special Dhrupad style developed during this period. There were 36 musicians in Akbar’s court, this is said to be the golden period of music.

the golden age of music

The golden age of Indian music came during the reign of Akbar, in whose court there were not one or two but 36 musicians. In which great singers like Baiju Bawra, Tansen, Ramdas and Tansen were included. Emperor Akbar had a habit of listening to music for hours. Shah Jahan also respected the musicians very much, but he himself used to sing very well. In the last days of the Mughal Empire, there was a lot of music in the court of Emperor Muhammad Shah Zafar.

During the British rule, the pleasant journey of music was affected a little, but the magic of melody and music has started spreading again. The spiritual feeling of music spreads its wings and then it feels desperate to touch new heights.