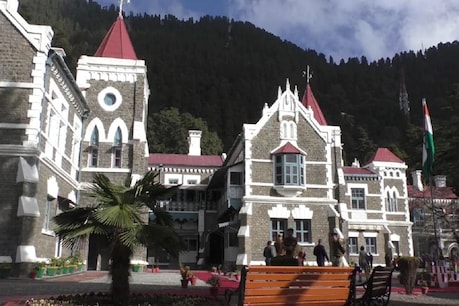 The sword of arrest is hanging after a case has been registered against 2 labs with Max Corporate Services.

The sword of arrest is hanging after a case has been registered against 2 labs with Max Corporate Services. To avoid his arrest, a petition has been filed on behalf of the board of directors of Chandani Lab.

Nainital. Now another big news has come out regarding the scam in the Corona investigation in Haridwar Kumbh. After the accused company Max Corporate Services in this fraud case, now Lal Chandani Lab has also reached the High Court. Lal Chandani Lab has filed a petition seeking a stay on the arrest and cancellation of the FIR. The matter is likely to come up for hearing on Wednesday.

Actually, the sword of arrest has started hanging after the case has been registered against 2 labs with Max Corporate Services. To evade his arrest, the petition filed by the board of directors of Chandani Lab states that the lab is recognized by ICMR. The work given to the lab by Max was completed with full responsibility. There has been no fraud in this. According to the lab, his contract is with Max and not with the government. Whatever RTPCR test was done by them, they have complete records. The company has clearly said, they have all the records of the Kovid test, so the FIR should be quashed.

Case registered under these sectionsLet us tell you that last week, a case was filed by the Chief Medical Officer Haridwar with Max Corporate Services Company of Nagar Kotwali against Lal Chandani and Nalwa Laboratories Lab. The police have registered a case against the accused under the Disaster Management Act along with other sections including 420,467,468,128. Along with this, SIT has also been formed. However, two accused have reached the High Court and are expecting relief from the court. At the same time, both the petitions are to be heard in the coming days. At the same time, yesterday it was reported that the Uttarakhand Congress on Saturday threatened to launch a protest if the sitting judge of the High Court is not investigated for the alleged fake Kovid-19 investigation scam during the Haridwar Kumbh Mela. In such a situation, difficulties may increase for the government.