Anurag Kashyap is a cool dad to his daughter Alia Kashyap. The pictures of bonding between Anurag and Alia keep going viral on social media. There is a very deep relationship between the two.

Mumbai: Bollywood filmmaker Anurag Kashyap Cool dad to his daughter Alia Kashyap. The pictures of bonding between Anurag and Alia keep going viral on social media. There is a very deep relationship between the two. Alia shares everything with her father. Recently, on the occasion of Father’s Day, Alia made a video with Papa Anurag, which she has also uploaded on her YouTube channel.

in video Alia Kashyap Along with Papa Anurag Kashyap and his boyfriend are also visible. In the video, Alia asks her father the questions that users want to ask her. A user asked Anurag that if your daughter tells you that she is pregnant, what will be your reaction? Responding to this, Anurag said, ‘I will ask, are you sure you want it? And whatever you do, I am with you, you know this.’ Anurag further says, ‘I will accept her, I will support her in whatever she does. I will also say that you have to pay a price for that, but in the end I will still be with you. 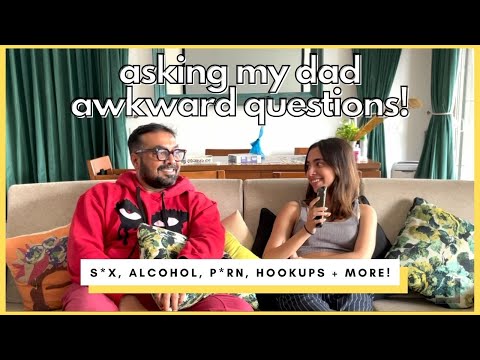 Alia named this session Asking Your Dad Awkward Question. Before this session, Anurag also goes to eat ice cream with Alia and her boyfriend. Alia drives herself and takes both of them to eat ice cream. His boyfriend is sitting in front with Alia while Anurag is sitting on the back seat. Talking about Alia’s boyfriend, Anurag says- ‘He is a good boy. I like him because he is spiritual. Alia gets happy after hearing this from Anurag. In the video, Anurag says that today’s children are very expressive and they like to talk openly. Not like their time where children did not have the courage to say anything, so they feel that parents should stop imposing themselves on their children.