Mumbai: The TV show ‘Anupama’ is once again on top. The current track of Anupamaa is being well-liked among the audience. There is talk of the show everywhere. Meanwhile, the show’s lead actress Rupali Ganguly has recently shared a photo on her Instagram with husband Ashwin Verma, with whom she has given the good news of a new car to her fans. Yes, Rupali Ganguly has recently bought a new car, which she is very excited about. Rupali has bought Mahindra’s new Thar, with which she is seen posing.

It is clear from Rupali’s post that he is very happy to welcome the new car. In the photo, Rupali Ganguly is seen with her husband Ashwin Verma with a big key in her hand and posing in front of the newly-contained car. Rupali Ganguly standing in front of the red colored Thar looks very happy. In such a situation, co-stars, friends and fans of the actress are also congratulating her by commenting on her post. 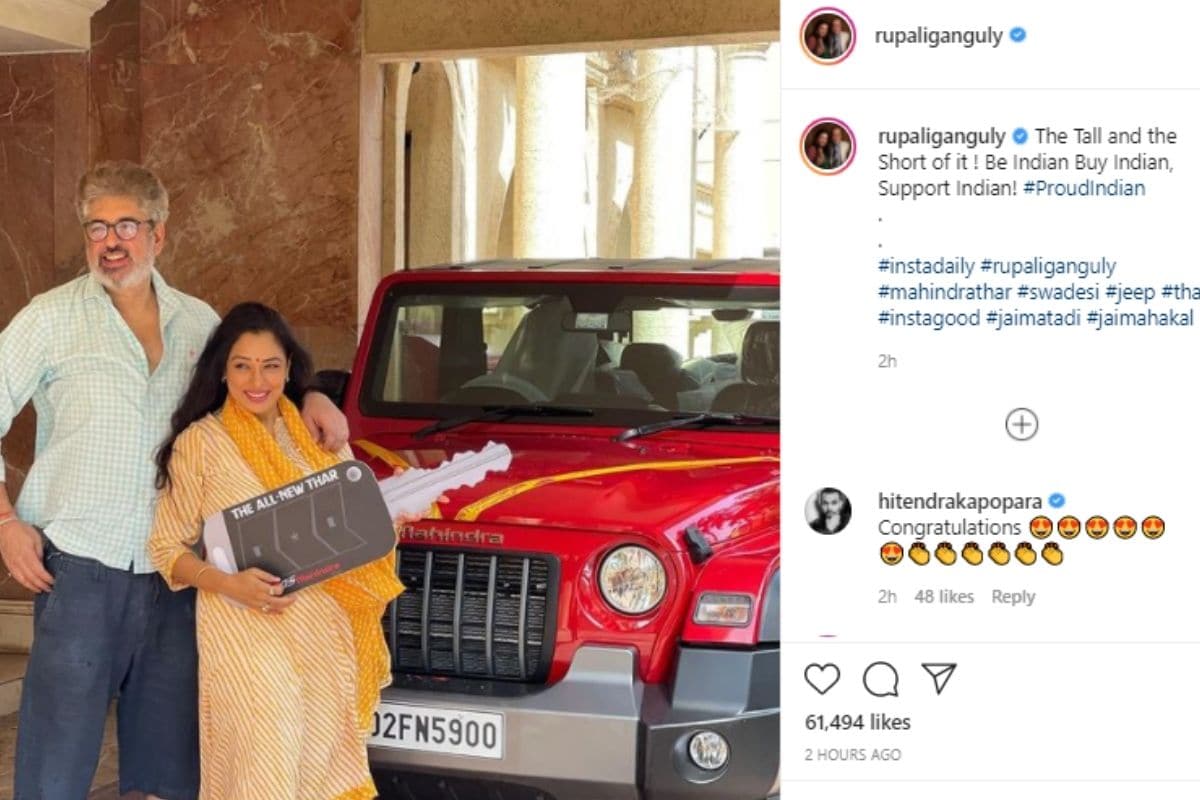 Let me tell you, these days Rupali Ganguly is in tremendous discussion about her serial ‘Anupama’. His character in the show is being well liked. At the same time, Anupama is also on top in the TRP list regarding her current track. Recently, on the sets of ‘Anupama’, Madalsa Sharma’s father-in-law and Bollywood veteran Mithun Chakraborty, who was playing the role of Kavya in the show, also attended, whose pictures were covered on social media.