New Delhi/Dehradun. The big news is that the Chief Minister can be changed once again in Uttarakhand. Tirath Singh Rawat was made the CM in March this year in place of Trivendra Singh Rawat. Now that there is not even a year left for the assembly elections in the state, the Bharatiya Janata Party seems to be in the mood to change the CM once again. In fact, Uttarakhand Chief Minister Tirath Singh Rawat had a meeting with Home Minister Amit Shah and BJP President JP Nadda after midnight on Wednesday after the BJP high command was suddenly summoned to Delhi, but since then there has been a period of suspense and speculation. Continuing because Tirath Rawat was to return to Uttarakhand by Thursday evening, but suddenly his return was cancelled.

Amidst many reports in the media, there is a great possibility that the leadership may be changed once again in view of the elections in Uttarakhand. However, BJP has taken the same stand saying nothing on the possibility that meeting top leaders of a chief minister is part of the routine. Despite this, the news is spreading like fire by quoting sources that Tirath Singh Rawat is a guest for a few days in the post of CM. Understand all the aspects of this news.

What turned out to be the outcome of meeting Shah Nadda?
When Tirath Singh Rawat met the party’s high command on the intervening night of Wednesday and Thursday, quick news came that talks were held regarding the by-elections. But the latest news is saying that the party is not looking in favor of the by-election. TOI’s news is saying that Rawat has expressed his mind to contest from his parliamentary constituency Pauri Garhwal and also the way to get this seat vacated, but through sources, the news says that the party has decided to hold by-elections then other states. Even in the vacant seats, by-elections will have to be held. That is why the party is not focusing on the by-elections but on the state assembly elections next year. 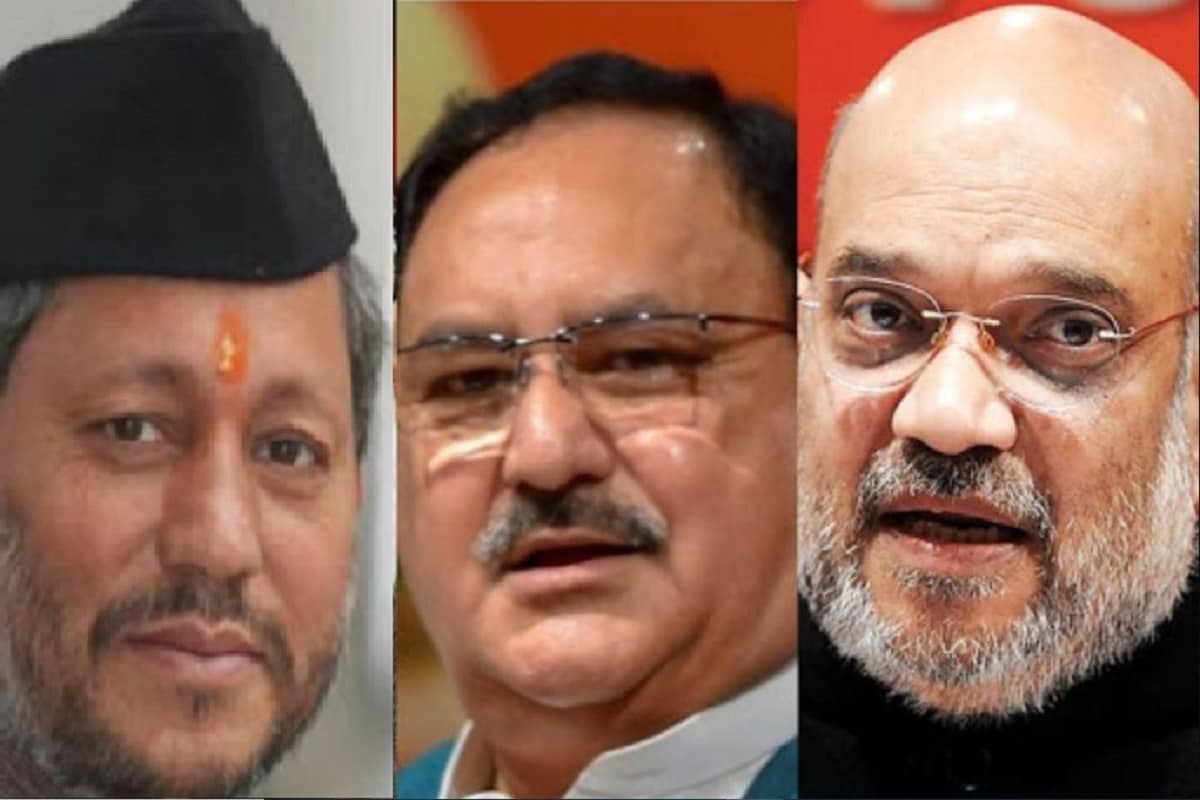 The BJP has not yet officially opened its cards regarding the meeting of Nadda and Shah with Tirath Singh Rawat after midnight on Wednesday.

Will the elections be held under the leadership of Tirath Singh Rawat?
No! In another news quoting sources, it has been said that there are differences between BJP high command Tirath Singh Rawat and Uttarakhand MLAs. It has even been said that a senior BJP leader has even claimed the full support of the MLAs. The party is not in the mood to give air to these differences and the party is in the mood to change the chief minister again a few months before the elections by adopting the same strategy as in 2012. Although all these reports are quoting sources, but the equations of the state are also giving pointers in their support for the time being. See how.

What are the political activities in the state?
The news of Tirath going to Delhi kept going in the media, but a news which did not come in the discussion is that after the contemplation camp held by the BJP regarding Uttarakhand elections from June 27 to 29, after that the state Tourism Minister Satpal Maharaj along with some more MLAs Reached Delhi. Here, TOI also wrote that former Chief Minister Trivendra Singh Rawat met Mahant Awadheshanand Giri of Juna Akhara in Haridwar on Wednesday itself. It is being told that Trivendra is trying to get the support of the saint community in his favor.

On the other hand, another news about the activism of Trivendra Singh Rawat is saying that discussions are in full swing regarding the preparations to welcome him in Dehradun on his return from Kumaon tour. Here, state government spokesperson Subodh Uniyal said that during his visit to Delhi, the high command with Chief Minister Tirath had discussed only about the 2022 assembly elections.