New Delhi: The web series ‘The Family Man 2’ has been highly appreciated by the audience as well as critics. Along with Manoj Bajpayee, many actors of the series have managed to make their special place in the hearts of the audience. One such actress is Ashlesha Thakur, who played the role of Manoj Bajpayee’s daughter in the series. Fans have become crazy about him. Many marriage offers have started coming to Ashlesha from now on. Interestingly, she is only 17 years old. She is happy with this popularity, but does not know how to respond to all these messages.

In the web series ‘The Family Man 2’, Ashlesha Thakur has not only impressed people with her acting, but has also managed to win young hearts with her beauty. In a recent interview, the actress had said, ‘I am getting marriage offers. People have sent me strange messages. I do not understand how to react to them. I am also enjoying this attention. Let us tell you that Ashlesha started her acting journey with the TV show ‘Shakti Astitva Ke Ehsaas Ki’. She has also appeared in some ads. 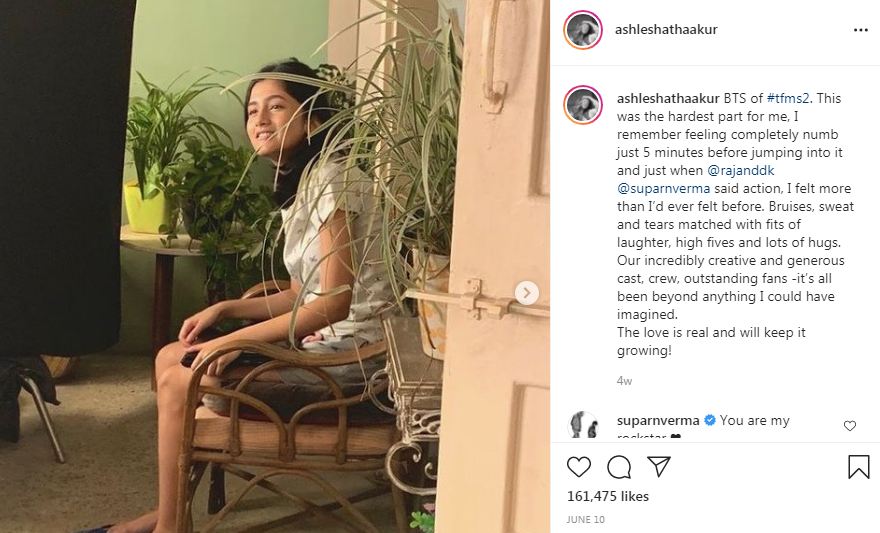 Ashlesha has also been in the news a lot because of her kissing scene in the web series. Talking on this, the actress had said, ‘It was a new experience for me. I had to bring maturity in my role. Together, attention was to be paid that the scene does not look childish from anywhere. I had seen many web series for this and had read and researched a lot about it. There is no fun in shooting kissing scenes, it is very technical. Ashlesha had told that the director had taken permission from her father before shooting this scene.