New Delhi. Every day someone’s pictures go viral on social media. In this sequence, today a 38-year-old picture of Bollywood veteran Naseeruddin Shah is becoming fiercely viral on social media, in which Shabana Azmi and Shekhar Kapoor are also seen with him. Also, there is another reason for this photo to go viral, in fact Urmila Matondkar and Jugal Hansraj are seen as child artists in this picture and this is the specialty of this photo, which people are very much liked on the internet.

Film director Ram Gopal Varma is very active on the social networking site Twitter and keeps on tweeting on some topics every day, but this time he has shared this picture of Naseeruddin. This picture is 38 years old, so in the photo Naseeruddin Including Shabana Azmi and Shekhar Kapoor are also looking quite young. At the same time, this childhood picture of Urmila Matondkar and Jugal Hansraj is being liked. Let me tell you, recently, actor Naseeruddin Shah, who has made his mark by playing many strong roles in Bollywood, had deteriorated and he had to be admitted to the hospital, although now his health is improving and he is discharged from the hospital at his home. But resting. 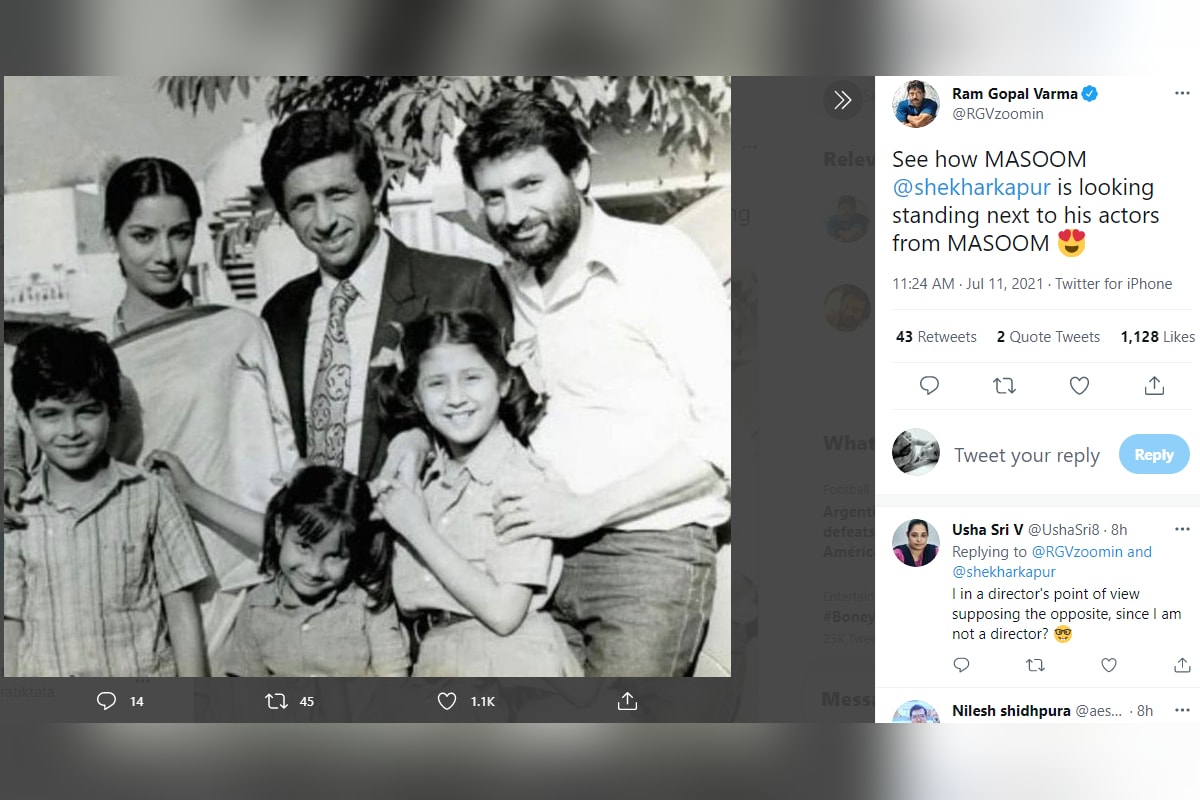 Let us tell you, Naseeruddin Shah started his film career in the year 1975 with Shyam Benegal’s film ‘Nishant’ and became an influential figure of parallel cinema in the year 1970s and 80s. Naseeruddin Shah acted in many memorable films including ‘Sparsh’ (1979), the satirical comedy ‘Jaane Bhi Do Yaaro’ (1983) and ‘Masoom’ and ‘Mirch Masala’ directed by Shekhar Kapur. Shah has acted in about 100 films and has received three National Awards. He is also known for his works on stage and also runs a theater group called ‘Motley Fool Productions’.