Mumbai. Bollywood actor Vicky Kaushal has completed nine years in Bollywood. The actor has shared the happiness of completing his 9 years with the fans. On Saturday, he posted a picture of his first audition in 2012 on social media. Vicky looks quite young in the picture. In a career spanning 9 years, Vicky has made a special place in the hearts of fans.

Sharing the photo on his Instagram handle Vicky Kaushal wrote, “9 years ago today, thank you.” In the picture, Vicky can be seen holding the whiteboard of an audition. He is wearing a white T-shirt. The date of July 10, 2012 is written on the board. Vicky also has a bag hanging on his back and his hair looks very short. Vicky started his journey in the industry as an assistant director in Anurag Kashyap’s 2012 film ‘Gangs of Wasseypur’. 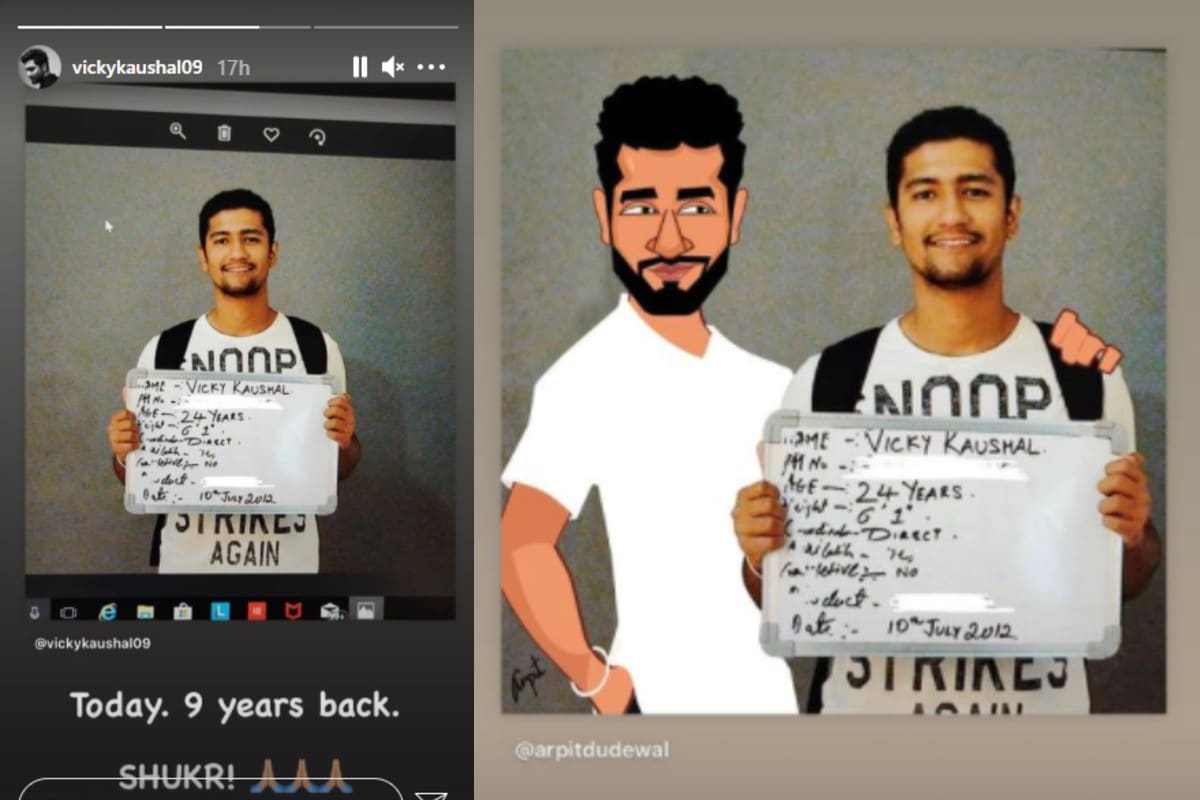 Later he co-produced ‘Luv Shuv Tey Chicken Khurana’ with Anurag. Vicky then played a role in Anurag’s ‘Bombay Velvet’, starring Ranbir Kapoor and Anushka Sharma in the lead. Vicky Kaushal first got a chance to play the lead role in Neeraj Ghaywan’s 2015 film Masaan, in which he starred alongside Richa Chadha, Shweta Tripathi, Sanjay Mishra and Pankaj Tripathi.

In 2019, Vicky Kaushal was seen in ‘Uri: The Surgical Strike’ directed by Aditya Dhar. The film won him the National Award for Best Actor in the same year. Apart from this, he was also seen in Ranbir Kapoor’s ‘Sanju’ and Alia Bhatt starrer ‘Raazi’. Vicky Kaushal worked with Kiara Advani in Karan Johar’s Lust Stories. Vicky will next be seen in Sardar Udham Singh’s biopic.