New Delhi: Arjun Kapoor has made his special place in Bollywood after a lot of hard work. People like to see him on screen. Apart from films, he is also in discussion because of his personal life. When the actor’s father Boney Kapoor married actress Sridevi, his life was filled with turmoil. Arjun Kapoor came close to his sisters Janhvi Kapoor and Khushi Kapoor after the death of Sridevi in ​​2018. They have been openly talking about their relationship on many occasions.

According to media reports, in a recent interview, Arjun had revealed that Jhanvi calls him Bhaiya, which he finds strange and new. He says, ‘I find it very strange. Anshula’s style of saying brother is different, while listening to ‘Arjun Bhaiya’ seems like a new thing. It seems new to call Jhanvi’s brother. However, I have not asked them to call in any particular way. This is his natural way of calling. 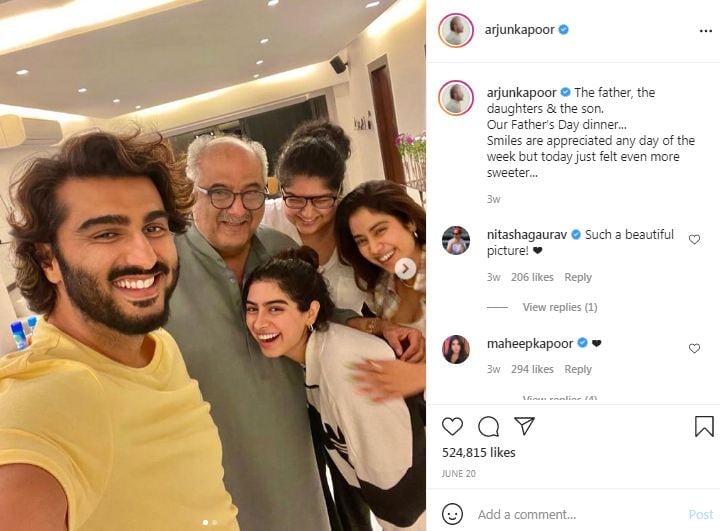 In an interview given to Bollywood Bubble, Arjun had said that his family is not perfect. They are like separate families, trying to come closer to each other. They say, ‘We spend a lot of time together, yet we are not as a unit.’ On the work front, Arjun was last seen in the film ‘Sardar Ka Grandson’, while Jhanvi was last seen in the film ‘Juhi’. He is a part of the films ‘Dostana 2’ and ‘Good Luck Jerry’.