Shilpa Shetty’s husband and businessman Raj Kundra has been arrested for making pornographic films and publishing them through some apps.

Mumbai. The Crime Branch has arrested Bollywood actress Shilpa Shetty’s husband and businessman Raj Kundra for making pornographic films and publishing them through some apps. According to the news agency ANI, the Mumbai Police Commissioner said in this case that he appears to be the main conspirator, we have enough evidence about this. 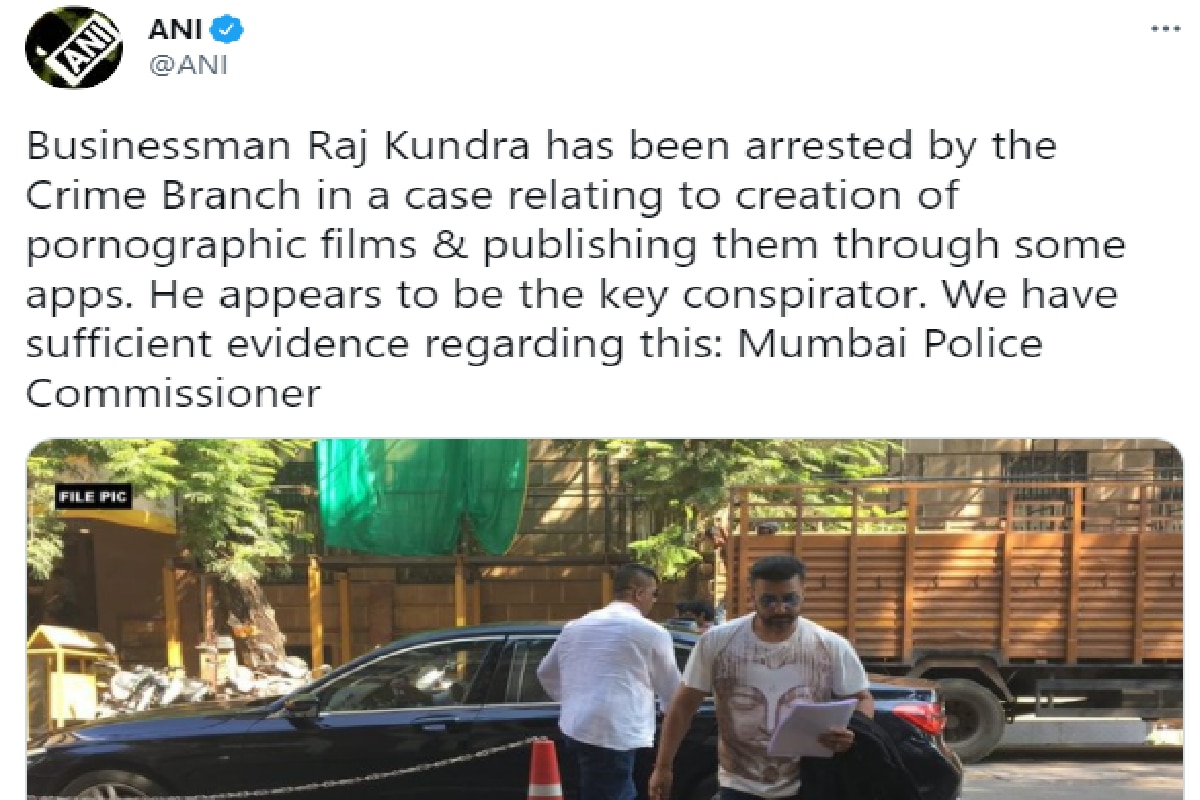 According to the information received, in February 2021, a complaint was lodged against Raj Kundra in the police. He was accused of recording obscene videos and posting them on social media. Thereafter a case was registered. After being found guilty in the preliminary investigation, the police arrested Raj Kundra today. Let me tell you, Raj Kundra is a businessman as well as husband of Bollywood’s famous actress Shilpa Shetty.