Mumbai: Siddharth Malhotra and Kiara Advani starrer film war drama ‘Shershaah’ is in constant discussion. Recently, the first look of Kiara Advani and Sidharth Malhotra from the film was released. In which after seeing Kiara once again the memories of the fans of ‘Kabir Singh’ were refreshed. Kiara Advani, playing the character of ‘Dimple Cheema’ in Shershaah, appeared in a very simple look. Her look was very similar to her Preeti’s look in ‘Kabir Singh’.

At the same time, the look of Siddharth Malhotra has also been kept quite simple. In Shershaah, Siddharth Malhotra is playing the role of Army officer Captain Vikram Batra. Meanwhile, another poster of the actor has been released. In which he is seen in the battlefield in uniform with a gun in his hand. Vishnu Vardhan, the director of the film ‘Billa’, is returning from the film after a long time.

Vishnu Vardhan is considered a talented director of the South Film Industry. Who has made a big comeback after 5 and a half years through the direction of a Bollywood film. That is, it is going to be Vishnu Vardhan’s debut film in Bollywood. Siddharth Malhotra and Kiara Advani starrer film ‘Shershaah’ is directed by Vishnu Vardhan. He is very happy about his Hindi debut. 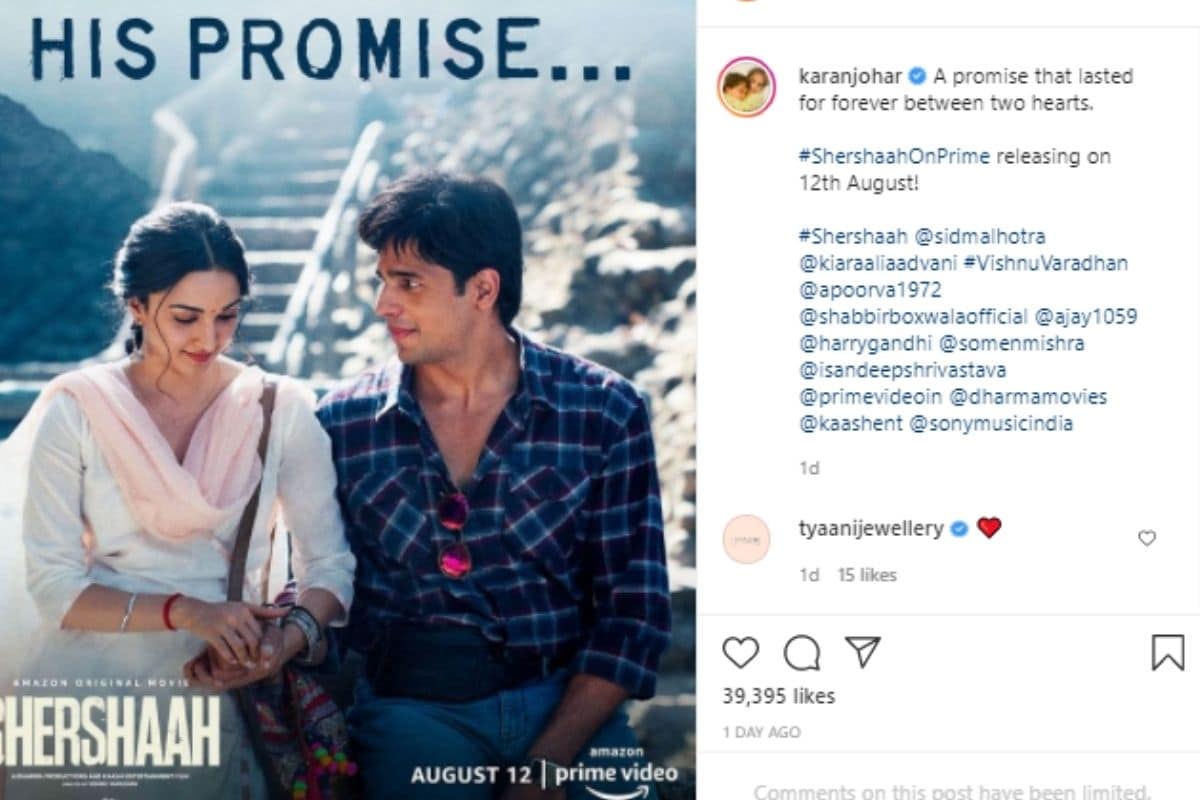 The audience is eagerly waiting for the release of this film based on the story of patriotism. There is a lot of excitement among the audience about the film. Keeping in mind the content of the film, the makers are preparing to release it on the occasion of Independence Day. The film will be released on August 12 on Amazon Prime Video.