Mumbai. beautiful actress of bollywood Aishwarya Rai Bachchan He has been away from the big screen for a long time. The actress is rarely active on social media. Fans are waiting for their moment to moment updates. Meanwhile, ending the wait for the fans, he told when his next film is coming. Aishwarya is going to return with Mani Ratnam’s film ‘Ponniyin Selvan’.

‘Ponniyin Selvan’ Was waiting for a long time. Sharing the new poster of the film from her Instagram account, Aishwarya wrote, ‘Golden phase is coming in life, Mani Ratnam’s Ponniyin Selvan PS1.’ His fans are commenting fiercely on Ash’s post. A fan wrote, ‘Waiting for your presence in this.. Aishwarya madam.’ On the other hand, another wrote that congratulations, at the age of 47, you are doing the most expensive film of Indian cinema. You are the queen in the true sense. Let us tell you that this is a big budget fantasy drama film. 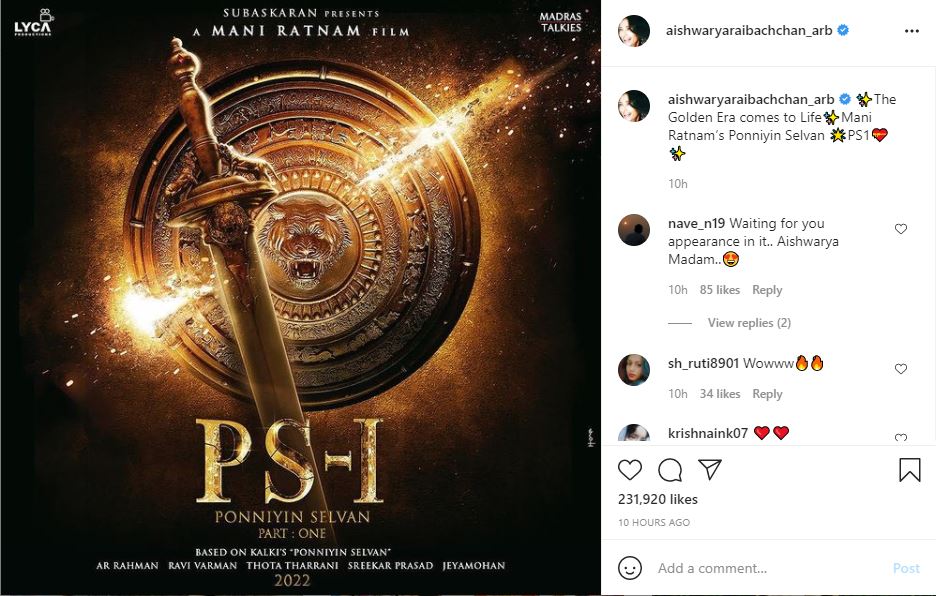 This film will be released in two parts. Its first part will come in the year 2022. The story of ‘Ponniyin Selvan’ is based on the historical novel of the country’s great writer and poet R Krishnamurthy Kalki. The multi-starrer film stars Aishwarya Rai Bachchan, Vikram, Karthi, Jayam Ravi, Jairam and Trisha in the lead roles. Apart from these, artists like Prabhu, Vikram Prabhu and Aishwarya Laxmi will be seen in supporting roles in the film.