Sara Ali Khan remains very active on social media. She keeps entertaining her fans through pictures. When the occasion was of Eid, he gave a big surprise to the fans. On Eid, he shared a picture, in which both sons of Kareena Kapoor Khan, Taimur Ali Khan and Baby Jeh, Sara and her brother Ibrahim Ali Khan (Ibrahim Ali Khan). Looks together. Along with the picture, he has also shared a special note for his fans, which is becoming very viral.

Sara Ali Khan, who reached Abba Saif Ali Khan’s house on the occasion of Eid, looked very happy during this time. Wished Eid Mubarak to the fans through the picture. He wrote- ‘Eid Mubarak may Allah give peace, prosperity and positivity to all… Inshallah we all hope for better times. #staysafe #grattitude.’

In the picture you can see that Moore is sitting on Papa Saif’s lap and Ibrahim is on the ground, while little Jeh can be seen in Sara Ali Khan’s lap. However, while sharing the picture, Sara has put an emoji on the face of Baby Jeh. 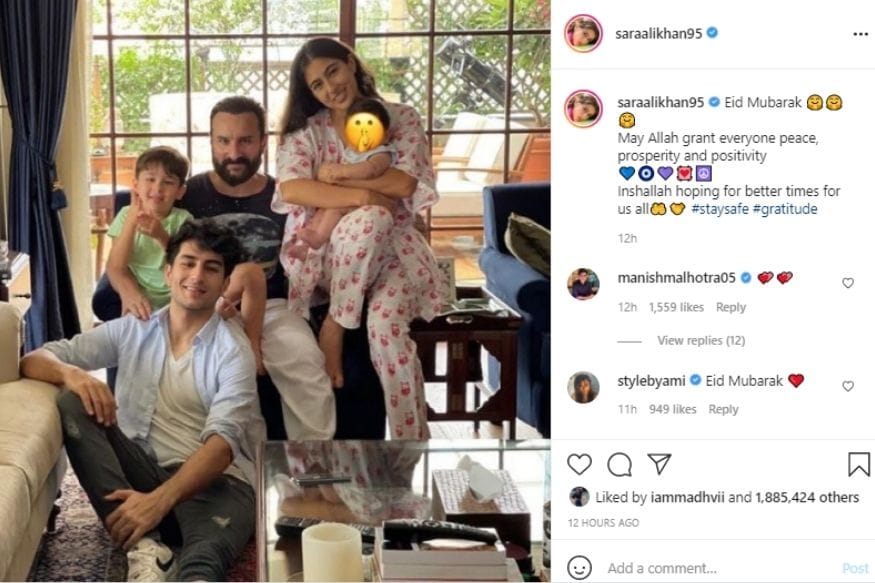 This picture of Sara is becoming very viral on social media, where on one side people are congratulating everyone on Eid. At the same time, there are some who are angry about not showing Jeh’s face and are saying that enough is enough, the face should be revealed.

Sara enjoys a huge fan following on social media and has around 33.6 million followers on Instagram alone. She is also often popular with her fans for her series ‘Sara Ki Shayari’ on social media.