Mumbai: Bollywood actor Sanjay Dutt is not very active on social media. On social media, he mostly shares posts related to his films and other projects. Or share a photo or post on a special occasion only. But, his wife Manyata Dutt often keeps posting with her fans. Often Manyata shares pictures with husband Sanjay Dutt and her children. But, recently Sanjay Dutt’s fans have become very upset after seeing the photo he has shared on his Instagram story.

Actually, recently Manyata Dutt has shared a photo with both her children on her Instagram story, in which her son Shahran is seen sitting on a wheelchair. Seeing Shahran sitting on a wheelchair, most of the fans are asking him what happened to Shahran. However, Manyata Dutt has not told what happened to Shahran. But, it appears from the picture that he has suffered a leg injury. 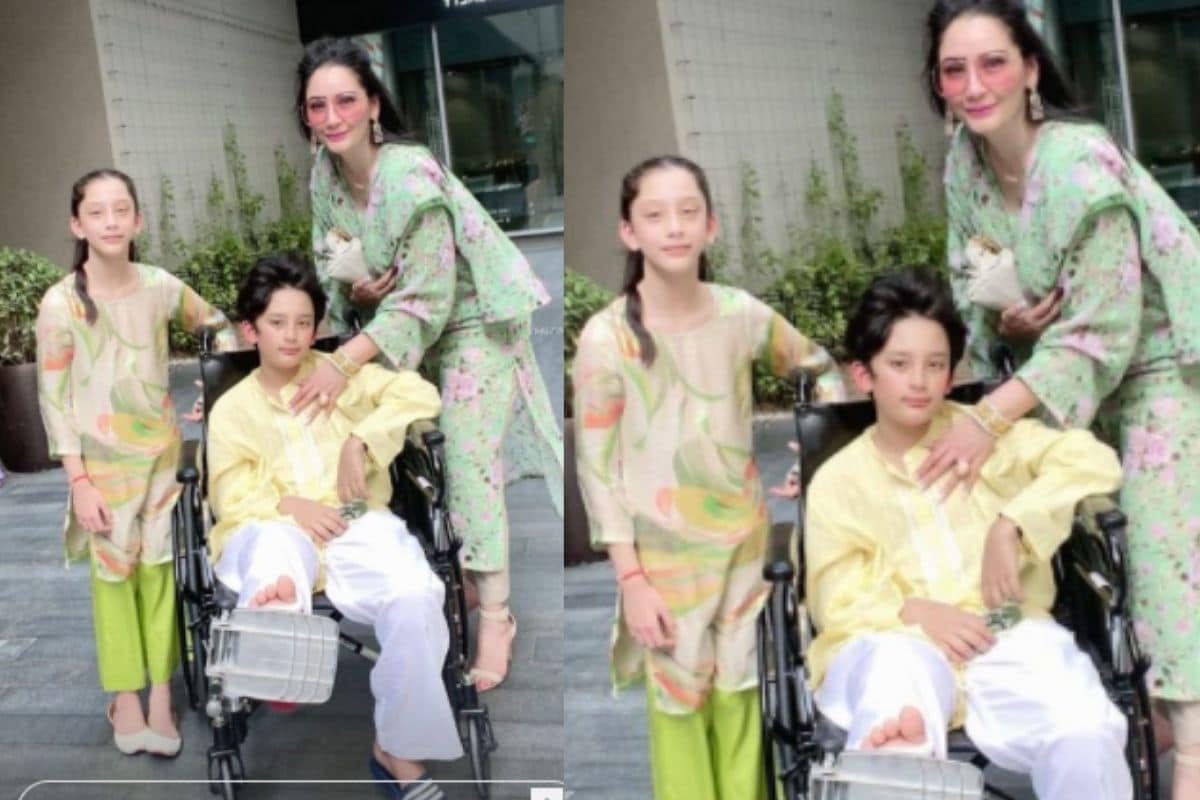 Manyata Dutt with both the children. (Photo Credits: Instagram: @maanayata)

While sharing the photo, Manyata Dutt writes- ‘With age comes appreciation and knowledge. With each passing year we get special privileges and become grateful for each day. Which moves our life forward with positivity. Manyata Dutt had earlier also shared a selfie with son Shahraan, in which Shahran is seen lying on the sofa with a bandage.