Haridwar. Once again the matter of crowd gathering came to the fore in Uttarakhand. On the occasion of Guru Purnima, thousands of devotees reached the ghats of Haridwar to bathe in the Ganges. However, earlier on Friday, the district administration had claimed that only ‘symbolic bath’ would be conducted on this occasion and it would be ensured that all the rules related to Kovid are followed. But there are reports that a huge crowd gathered at many ghats including Har Ki Pauri and neither social distancing could be followed nor the rule of carrying negative reports was strong.

July 25 is the date of Kanwar Yatra, but after the order of the Supreme Court along with Uttarakhand, Uttar Pradesh also canceled this yatra. In such a situation, the administration gave orders to stop the Kanwariyas at the border itself. From the point of view of security, it is a rule that no devotee should be allowed to enter if there is no Covid negative report. The same rule was implemented by the administration on Friday for Guru Purnima bath and it was claimed to be strictly followed on Saturday. But this could not happen.

The district administration had said in the instructions that only the participation of Shri Ganga Sabha and Teerth Purohit would be allowed in the symbolic bath. Other devotees will not be allowed without negative report. But all these claims proved to be airborne when thousands of devotees were seen at many ghats on Saturday. While releasing pictures in a news, it was said that contrary to the claims, a huge crowd reached Haridwar on Guru Purnima and took a bath and no rule was followed. 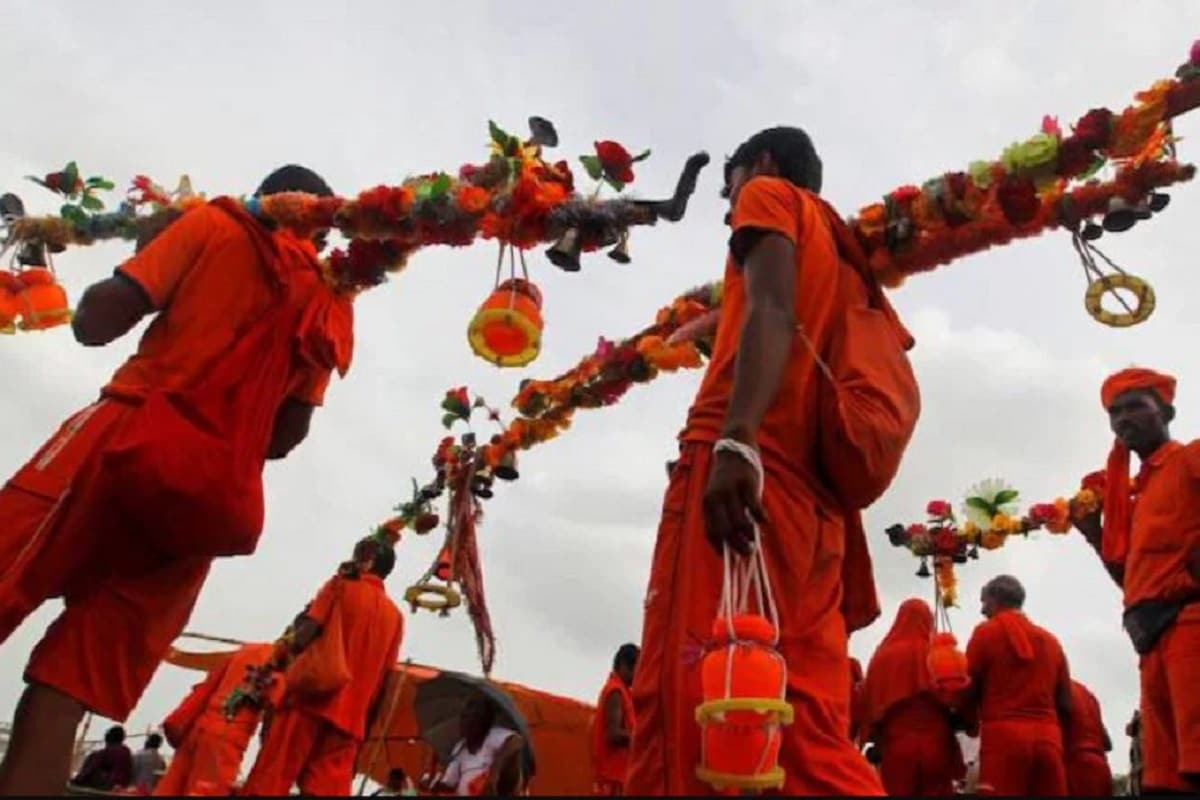 Despite the cancellation of the Kanwar Yatra starting from July 25 this year, stopping the Kanwariyas is being considered a challenge for the Haridwar administration.

How will the Kanwariyas be stopped?
What actually happened is that when the kanwariyas moved towards Haridwar by vehicles, five of their vehicles were not given entry from the Shyampur border. It has been said in a news that about 120 vehicles coming from Narsan, Shyampur, Bhagwanpur and Chidiyapur were not allowed to enter Haridwar on Friday. Strictness has been taken regarding the entry of Kanwariyas and Haridwar administration has made claims to seal the border. But, after the claims proved unsuccessful on the occasion of Guru Purnima, questions are being raised on these claims.

read this also : Earthquake in Uttarakhand for the second time in a month, now tremors in Uttarkashi

There have also been reports earlier that in disguise as tourists, kanwariyas are finding ways to reach Haridwar. In such a situation, there is a discussion about how the arrangements for the canceled Kanwar Yatra will be able to last from July 25. It is also worth mentioning that even due to the beginning of Sawan month, devotees are turning towards pilgrimages and rivers. Controlling the crowd is going to prove to be a big challenge in the coming week before the police and administration.