New Delhi: SS Rajamouli’s next film ‘RRR’ often remains in the discussion. This time a big news related to the film has come out. Actually, the music rights of the film ‘RRR’ have been bought by T-Series and Lahiri Music.

Now for the audience, along with the film, the music will also matter, because now the audience will get to see and hear the great songs in the film. 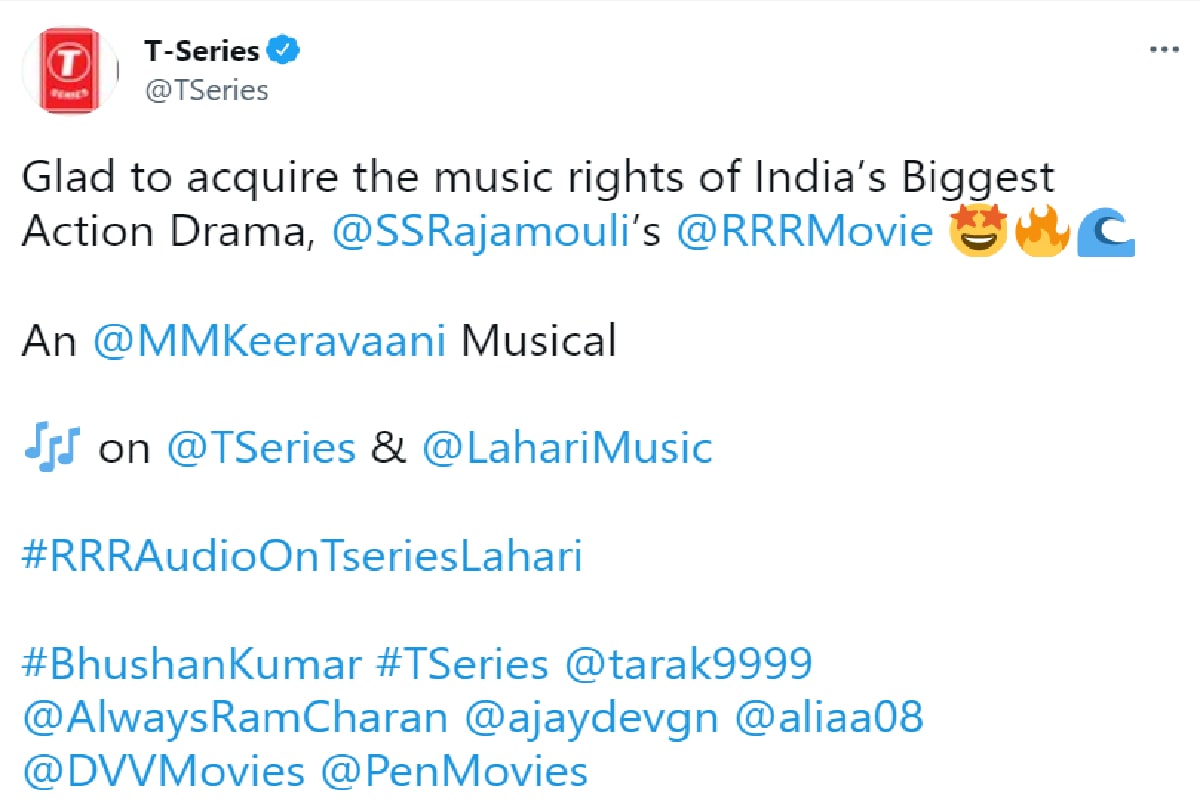 movie according to box office india ‘RRR’ Has also earned 25 crores through music rights of. Yes, it is clear that T-Series and Lahiri Music have bought its music rights for 25 crores. Box Office India has tweeted and said, ‘Audio rights of #RRRMovie sold for 25 crores. Biggest deal ever in the history of Indian cinema. Let us tell you that ‘RRR’ is a fictional story based on the lives of two freedom fighters of the early 20th century, Alluri Sitarama Raju and Komaram Bheem, played by Ram Charan and Jr NTR on screen. Ajay Devgan and Alia Bhatt also played important roles in the film. The film was scheduled to release on October 13 this year, but it is being told that the makers are contemplating to release it further due to Kovid-19.