New Delhi. Bollywood’s ‘Khiladi’ Akshay Kumar has reportedly donated Rs 1 crore for the reconstruction of a school in Kashmir. Let us tell you, Akshay Kumar spent June 17 with the Border Security Force (BSF-BSF) in Jammu and Kashmir. During this, Akshay had expressed his desire to contribute one crore rupees for the reconstruction of a dilapidated school in Neeru village of Kashmir.

According to a news published in Spotboye, the foundation stone for the school has been laid on July 27. The school is named after Akshay’s father Late Hari Om Bhatia. At the same time, this information was also given by BSF in a tweet. 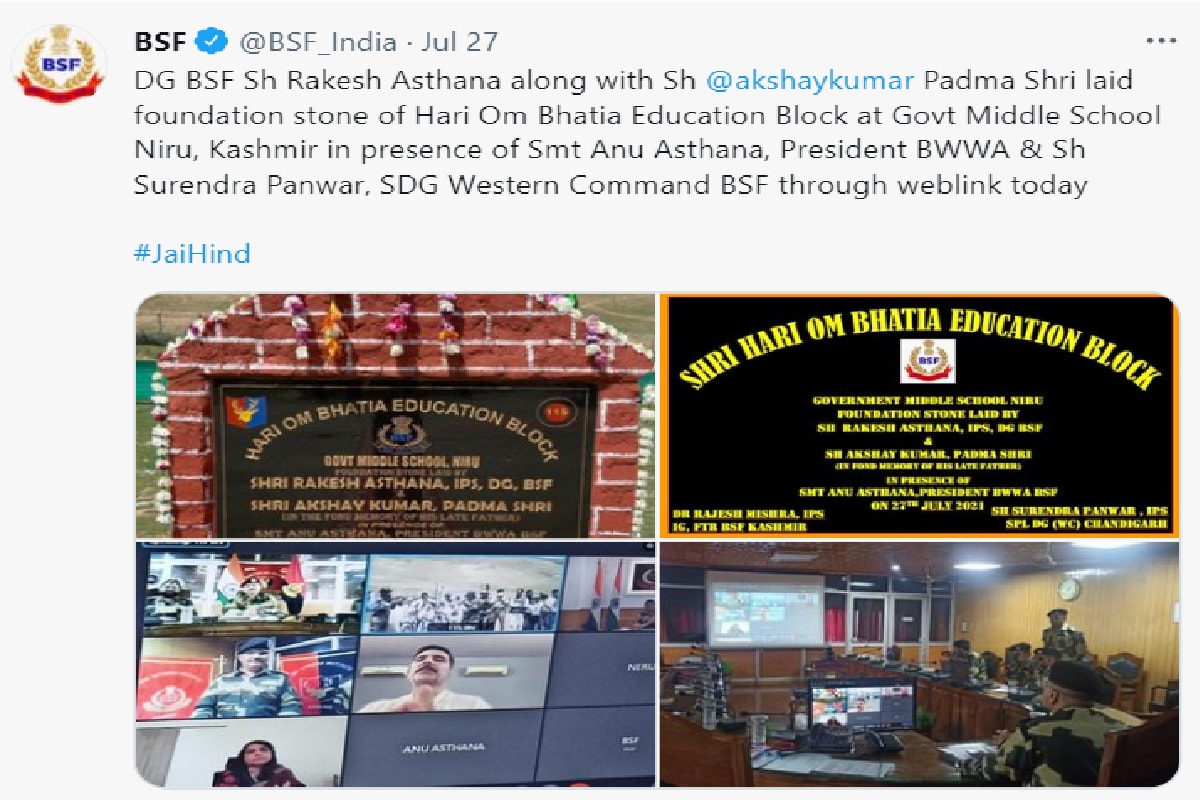 Tell me, these days Akshay Kumar Waiting for the release of his most awaited film ‘Bell Bottom’. If the Maharashtra government gives permission to open theaters in Mumbai and Maharashtra in August, then Akshay Kumar’s most awaited film ‘Bell Bottom’ can be released on August 15. Along with this, his film ‘Sooryavanshi’ is also ready to be released. The discussion about this film is also that it can also be released on Independence Day.