New Delhi. Petrol-diesel and gas prices in the country are already increasing. Now the prices of vegetables have also started increasing. Especially in the four major metro cities of the country, tomato prices have started touching the sky. Tomatoes have crossed Rs 72 per kg in these metro cities. Let us inform that due to unseasonal rains in major producing states like Maharashtra and Madhya Pradesh, the supply of tomatoes is getting disrupted. Due to this, the prices of tomatoes have reached up to Rs 72 per kg in the retail markets of metro cities.

Let us tell you that in metro cities, the highest retail rates of tomatoes have been seen in Kolkata. In Kolkata, at the beginning of this month, the price of tomato was Rs 35 to 38 per kg, but reached Rs 72 per kg by 12 October. 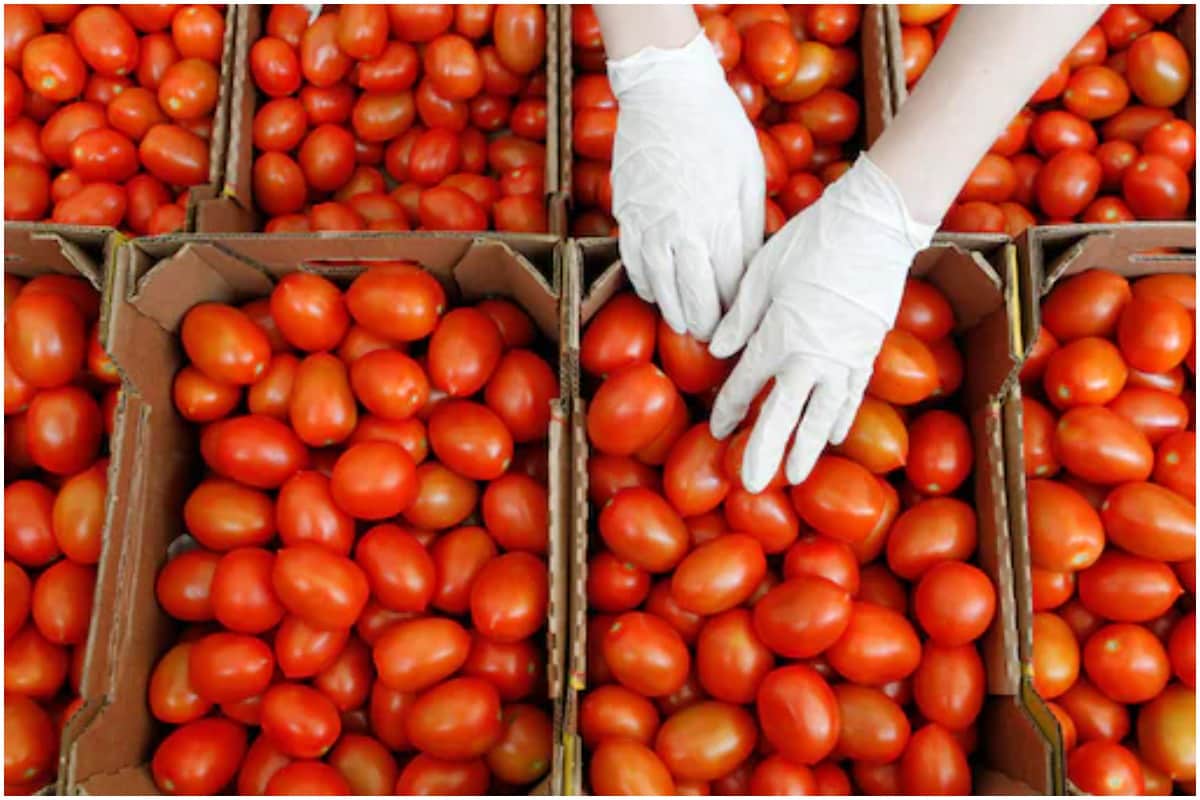 Among the metro cities, the highest retail rates of tomatoes have been seen in Kolkata.

Tomato prices skyrocket in metro cities
Talking about the data of the Ministry of Consumer Affairs, the retail prices of tomatoes in Delhi and Chennai have increased from ₹ 30 per kg and ₹ 20 per kg to ₹ 57 per kg as compared to a month ago period. These figures show that the price of tomatoes in the retail markets in Mumbai has gone up from ₹15 per kg to ₹53 per kg in a very short span of days.

What is the condition of Asia’s largest vegetable market
According to the Tomato Association of Azadpur Sabzi Mandi, unseasonal rains have damaged the crop in producing states like Madhya Pradesh and Maharashtra, affecting supply in markets like Delhi. This has led to an increase in prices in both the wholesale and retail markets.

Why tomato prices caught fire?
Let us tell you that India is the second largest tomato producing country in the world after China. Azadpur Mandi in the national capital is Asia’s largest wholesale market for fruits and vegetables. Along with this, crop has been affected due to unseasonal rains in hilly areas like Shimla. It is believed that 60 percent of the tomato crop in the growing states has been ruined due to unseasonal rains.

Also read: Now CNG mini buses will run on the roads of Patna, will get a grant of Rs 7.50 lakh, apply like this

How much did the price of tomatoes increase in seven days?
In Azadpur mandi, tomato prices have almost doubled to Rs 40-60 per kg in a month. Because, there has been a reduction of 250-300 tonnes in the arrival of tomatoes. Presently harvesting is going on in the major producing states of Madhya Pradesh, Andhra Pradesh and Karnataka. Tomato crop will be ready for harvesting in about 2-3 months after sowing and harvesting will be done as per market requirement.