Pithoragarh. With the increase in the election campaign in Uttarakhand, the resentment of the people deprived of development has also started taking the form of agitation. According to the latest case, angry villagers held the MLA of Gangolihat in the district hostage for hours due to non-construction of the road. These villagers have been holding a series of fast and protests for their demand for three months and it was alleged that after becoming the MLA, Meena Gangola did not take the time to listen to the villagers, far from focusing on the development of the villages. The population of about 10 thousand in more than two dozen villages is deprived of the mainstream due to lack of a small road.

The incident happened in such a way that in the last three months, the villagers not only staged a sit-in protest, but also took out a procession at the tehsil headquarters and raised slogans against MLA Meena Gangola. The villagers alleged that the MLA did not listen to them and tried to mislead. Meanwhile, when the MLA reached Gangolihat for a program, the villagers got the news and created a ruckus by going to the venue. 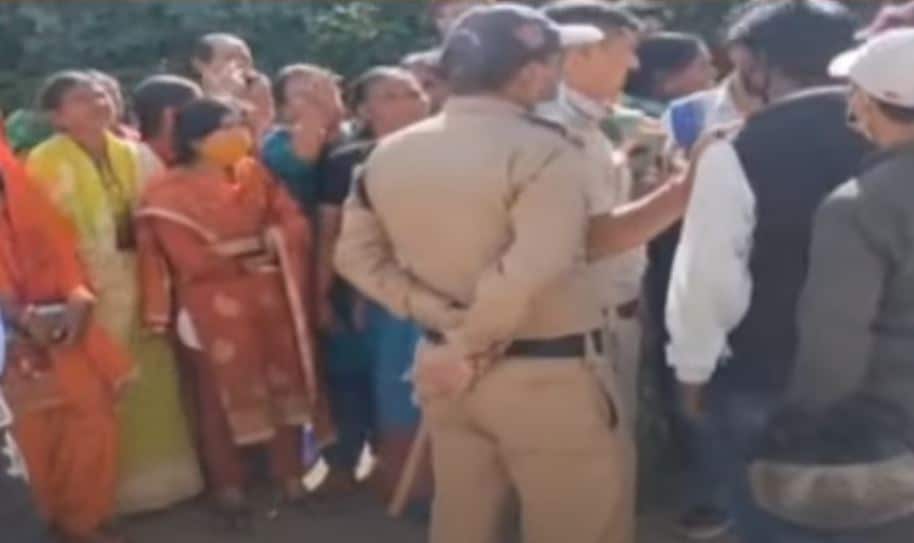 There was also a scuffle between the police and the villagers defending the MLA.

Heavy Police Force Deployed
According to the news, the villagers had come to know that Gangola had reached the gas office to distribute under the Ujjwala scheme. Due to the anger of the villagers there, such a situation was created that MLA Meena Gangola was imprisoned in the gas office itself. A huge contingent of police and administration reached the spot during hours of uproar. When the police took the side of the MLA, there was a clash between the villagers and the police.

It is said that even on the assurance of the MLA, the villagers did not agree and he clearly said that till the road construction does not start, the movement will continue at a fast pace. It is worth mentioning that the Uttarakhand government had promised construction of road from Madknali to Surkhal in 2014-15, but even after six years this road was not built. Now that the election environment is being created in Uttarakhand, Awami slogans like ‘No road, no vote’ are also being heard in many places.