Kajol She is one of the most successful actress of Bollywood. Kajol, who has won 6 Filmfare Awards for her stellar performance, may be celebrating her 47th birthday, but she has broken the myth that an actress’s career ends after marriage and children. Teenage daughter’s mother Kajol continues to shine even today. The actress has now stepped on the OTT platform as well. On Kajol’s birthday, let us tell you the funny things about her love life.

Kajol, daughter of film industry veteran Tanuja and filmmaker-director Somu Mukherjee, was born on 5 August 1974. The bubbly actress Kajol is always seen laughing. The actress, who belongs to the film family, has inherited acting. The actress, who made her Bollywood debut in the year 1992 with the film ‘Bekhudi’, recently completed 30 years in the film industry. Kajol’s acting in this film was appreciated but her acting got real recognition from the film ‘Baazigar’ with Shahrukh Khan. Kajol’s love story is full movie
After ‘Baazigar’, the onscreen pairing of Shahrukh Khan and Kajol became a hit. After this the pair worked together in many films and the actress got many awards. Although the love story of Kajol and Ajay Devgan is also worth getting the award. They are considered to be the successful couple of Bollywood. 23 years of marriage have passed but their love has not diminished. This is when the nature of both is opposite to each other.

Kajol-Ajay’s love story
It is said that Kajol and Ajay Devgan did not like each other earlier. While the bubbly Kajol loved to have fun on the sets, Ajay was calm. Their first meeting was on the set of the film ‘Hustle’. In an interview, Ajay himself had told that ‘when I met Kajol for the first time, she was very arrogant but later we became good friends’. 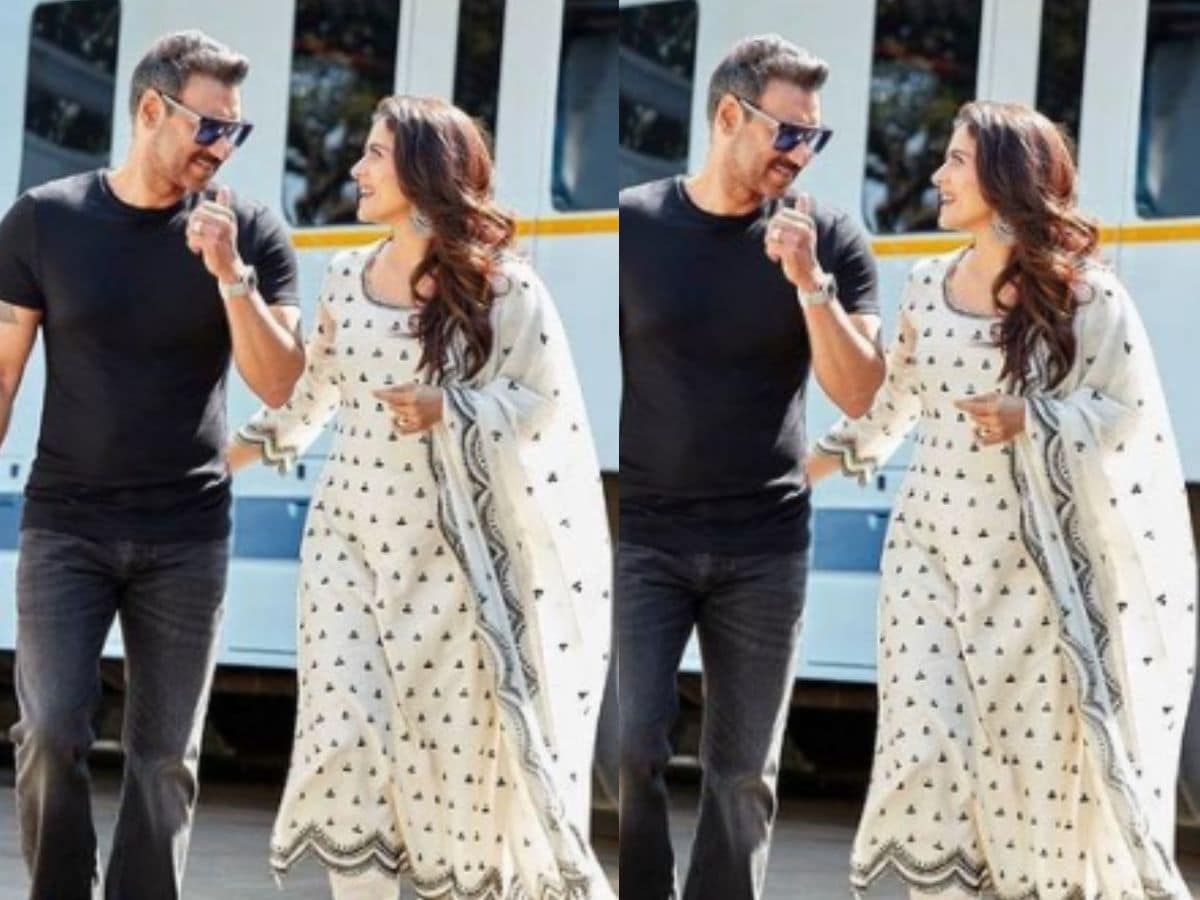 Kajol-Ajay are one of the best couples of Bollywood
According to media reports, Kajol was in a relationship with someone else, when they broke up, Ajay Devgan took care of her. This was the time when both came closer and decided to get married. When Kajol married Ajay in the year 1999, she was the top actress and Ajay’s first film was a hit. Today the people of this pair give an example. Ajay has become one of the top actors and filmmakers today, while Kajol will soon be seen in a web series. Ajay-Kajol give full space and respect to each other.

Kajol has many awards to her name
This successful couple of Bollywood has two children Nyasa and Yug. As successful as Kajol is an actress, she is also a successful wife and mother. Kajol did not let her film career come in the way of raising children. Kajol has won the Best Actress Award for many films like ‘Dilwale Dulhaniya Le Jayenge’, ‘Kuch Kuch Hota Hai’, ‘Kabhi Khushi Kabhie Gham’, ‘My Name is Khan’, ‘Fanaa’, ‘Gupt’.