Sushmita Sen While Lalit is in discussion about his relationship with Modi, his sister-in-law Charu Asopa is in the news for her married life. There is news of Charu’s divorce with Sushmita’s brother Rajeev Sen. Sushmita has supported her sister-in-law in this matter. Amidst all the news about her personal life, the actress has once again created panic by sharing pictures of her vacation on social media.

Sushmita Sen has shared two of her latest pictures on Instagram. Took a selfie wearing black color goggles and black and white printed dress. The actress looks amazing as ever in this selfie taken lying on the couch. Sushmita Sen’s cool style
Sushmita Sen is seen lying on the yacht enjoying the sunshine amidst the waves of the sea. By sharing her picture, what she wrote in the caption won the hearts of the fans. The actress wrote ‘The Woman’s got an attitude!!! Yeahhh, this is really cool!!! I love you guys’. 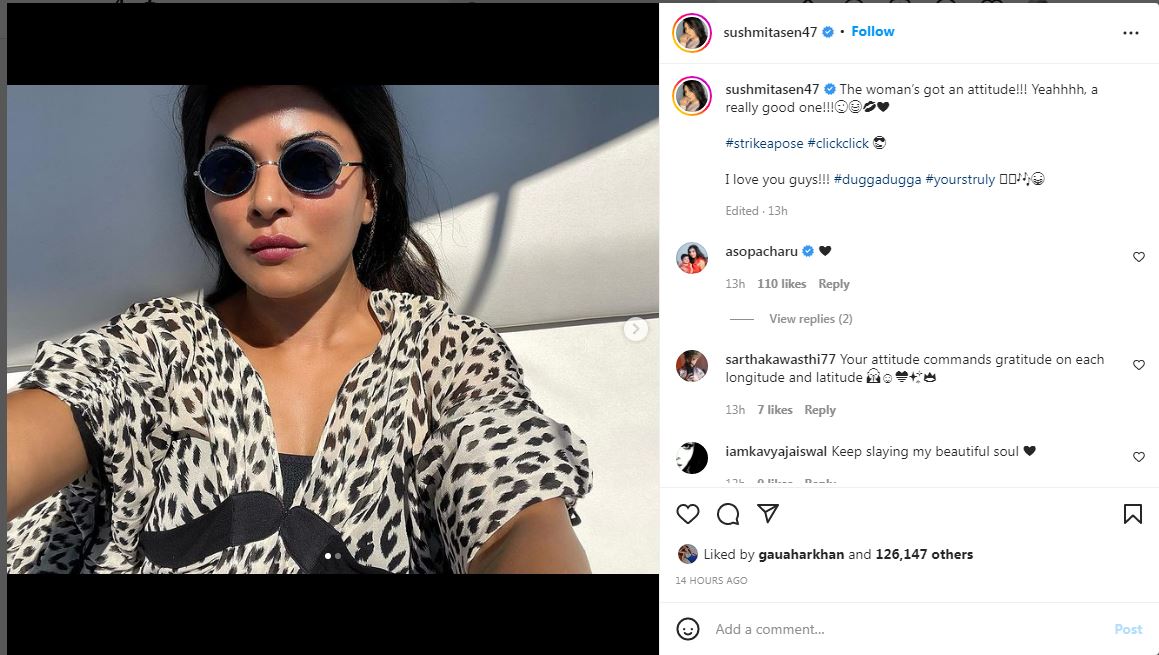 Charu fell in love with Sushmita’s style
Fans are praising this picture and beautiful pictures of Sushmita Sen. Some are being blown away by his look and some on Attitude. One wrote ‘You are a diva’ and one wrote ‘Ma’am you are a symbol of strength and confidence’. He has expressed his love for the performance of his sister-in-law.

Rajeev-Charu got married in the year 2019
Charu Asopa was married to Sushmita Sen’s younger brother Rajiv Sen in the year 2019 after dating for about 4 months. In November last year, their daughter Gianna was born and recently both of them told the world about their separation.

Sushmita’s strong style will be seen again
Talking about Sushmita Sen’s workfront, Ram Madhvani’s famous series ‘Arya’ will soon be seen in season 3. After the immense success of the first two seasons, the fans are eagerly waiting for the third season.